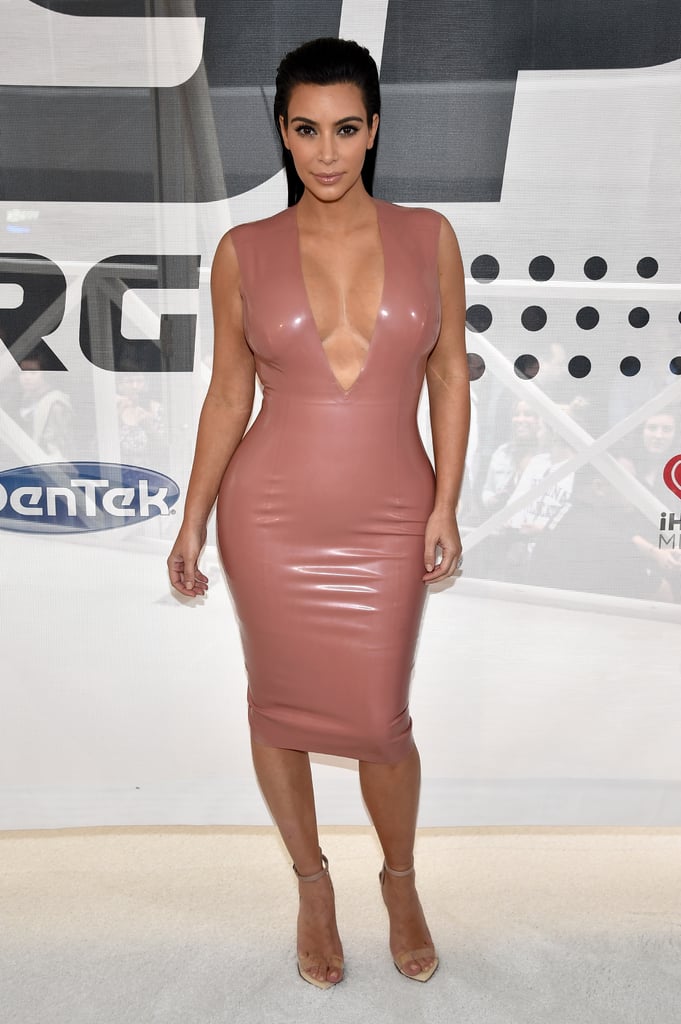 Oh, and to Rock Latex While Pregnant, Too

It looks like Kylie Jenner's makeup collaboration with Kim Kardashian has a fashionable source of inspiration: Kim's undying obsession with all things nude. The cosmetics mogul released the juicy details on the collection on social media, including swatches of the four creamy lipstick shades. When Kylie teased the lust-worthy lipsticks on Instagram, she explained in the caption how they were "created to represent [Kim's] signature look."

The KKW X KYLIE collaboration has been revealed 😫😍 4 signature Kim K nudes in a brand new Créme Liquid Lipstick formula by @kimkardashian .. Created to represent her signature look. These limited lipsticks launch next Tuesday 4/25 at 3pm pst only on KylieCosmetics.com

These four products, which officially dropped on April 25, are an ode to Kim's love for sporting muted neutrals. At first glance, they're slightly reminiscent of those formfitting latex dresses she's so fond of (so fond, in fact, that she even wore one when she was pregnant). In honor of this glorious, sisterly makeup collab, we're looking back on Kim's best nude looks to date.

Zendaya
It's No Venomous Spider, but the Back of Zendaya's Dress Can Still Bite
by Perri Konecky 10 hours ago