Kristen Stewart has come a long way since her red-carpet appearances for Twilight back in '08. That was then, and now, the 22-year-old actress has since been causing quite a sartorial stir with all of her recent skin-baring ensembles at her recent Breaking Dawn Part 2 appearances. Stewart's stylist Tara Swennen, who has been working with the actress since '07, had something to do with all of that sexiness. "It took a lot of balls for her to wear that dress, so I'm super-proud of her," said Swennen, referring to the sheer lace Zuhair Murad gown Stewart wore to the premiere of Breaking Dawn Part 2 in LA. The stylist also recently dished on why Kristen won't wear jewelry, her affinity for wearing Chucks on the red carpet, and her evolving style. Read below for the highlights, then head over to The Cut for the complete interview. 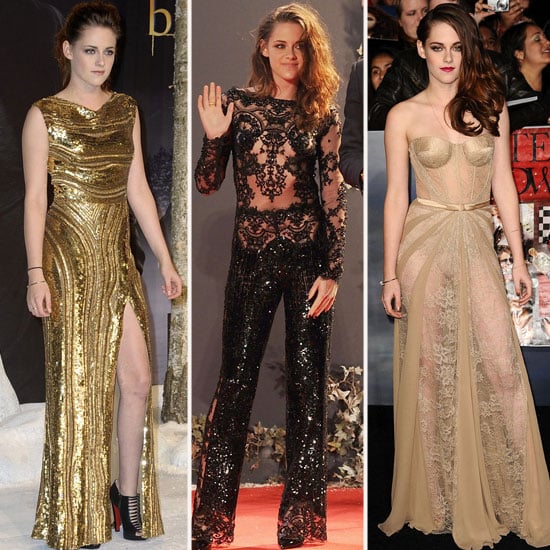 On Kristen's Breaking Dawn Part 2 red-carpet choices: Twilight is coming to a close, so we wanted to do stronger looks. Just recently, she’s embraced doing the long-gown thing, so it was definitely an opportunity for me to stick as many as I could on her. We just wanted to make a grand escape, I guess, rather than a grand entrance . . . we like making sure that we push boundaries on every carpet.

On Kristen wearing Converse on the red carpet: She’ll always change into her Converse by halfway through a carpet, which is to be expected at this point, but she puts on the heels for me for the photos.

On Kristen's jewelry and the necklace she always wears: She doesn’t have her ears pierced, still, so it’s a running joke that when she’s 25, I’ll finally get her in jewelry . . . her jewelry is jewelry that tends to stay on her only because it has sentimental value to her, whether it’s from friends or family . . . It’s her second skin, essentially, at this point.

On Kristen's evolving red-carpet style: She’s grown into being more comfortable on the red carpet; she’s definitely embracing elegance and gracefulness. Obviously I’ve been able to push more on her, but I think her confidence level is really the thing that’s changed the most over the years. 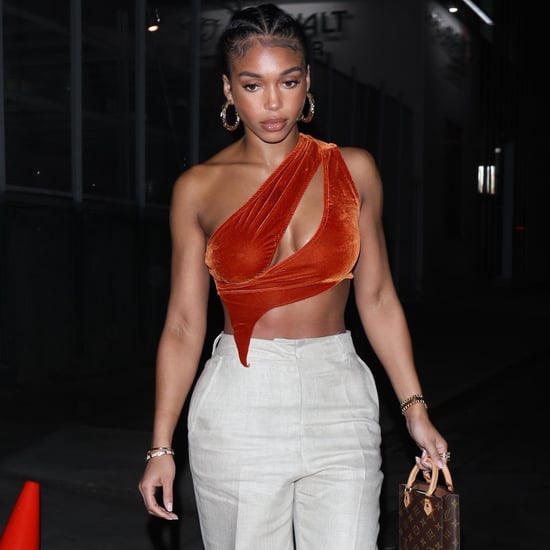 Fashion Designers
These Runway Looks Were Meant to Be Worn by These 7 Celebs — Don't You Agree?
by Shelcy Joseph 1 day ago