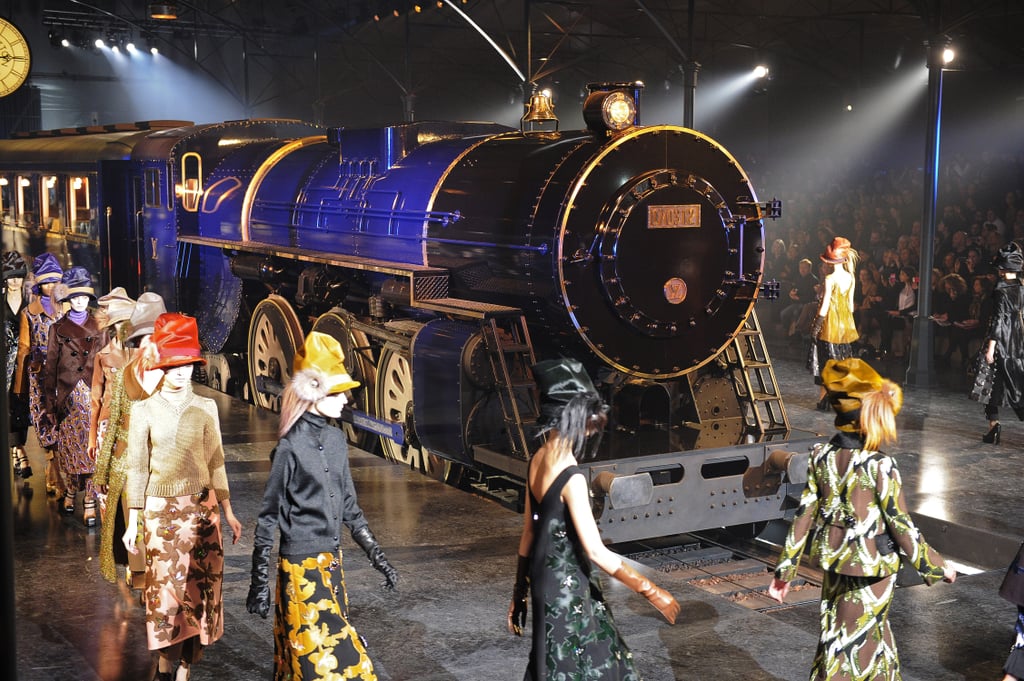 >> Marc Jacobs's Fall 2012 collection for Louis Vuitton read like a love letter to the house's storied travel-luggage origins — right down to the real live steam engine that barreled down the runway at the start of the show. There were porters to carry the models' bags, and some of the clothes were even stitched in a checkerboard pattern reminiscent of the iconic "damier" that covers Vuitton trunks.

As for the collection, it was ornate and luxuriously detailed: giant jeweled brooches served as the buttons for coats, and sparkling appliques adorned lurex-threaded brocades that had been made by hand. The silhouettes had "a turn of the century feel, but with bits of the 1960s and 1970s," Jacobs explained. "We wanted to attenuate the height, so we started with the hats [by Stephen Jones] and then worked with a high waist, and a gentle flare just at the ankle."

Watch the video of the show below, courtesy of Telegraph UK. 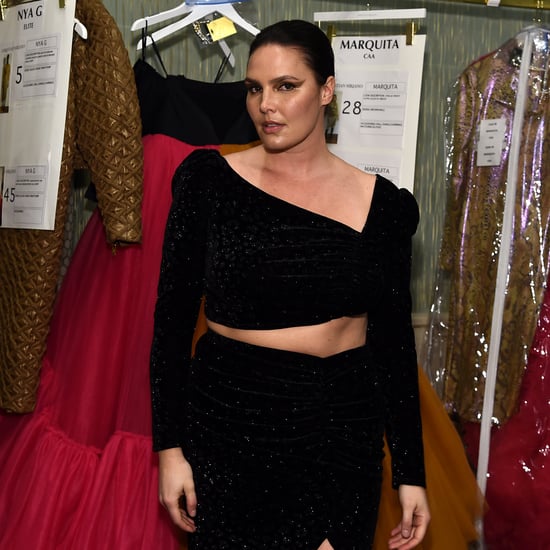