Last night's BAFTA NY celebration for Mad Men was the perfect excuse for the series's leading ladies to show off their offscreen style. January Jones, Jessica Paré, and Christina Hendricks proved that they're just as chic when they're not in costume — though some of their cocktail attire borrowed from their characters' retro-inspired glamour. In a formfitting emerald-green L'Wren Scott sheath with gold-beaded trim, Jessica channeled Megan Draper's '60s-era chic. Meanwhile, January was a far cry from her Betty Francis persona in a moto-style leather jacket by Versace, a printed miniskirt, and classic black pumps. As for Christina, the actress opted for a classic-feeling LBD (a staple in any fashion era), complete with a sheer inset at the neckline and finished with a pair of understated heels. That's the rundown on who wore what, now it's time to cast your vote: which Mad Men star was last night's best dressed? 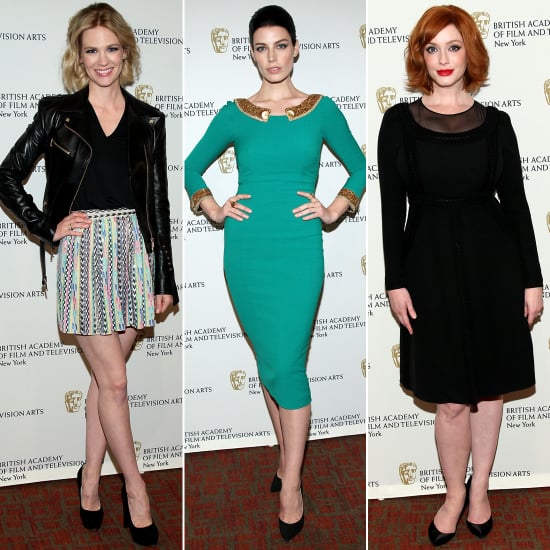 by Tori Crowther 22 minutes ago