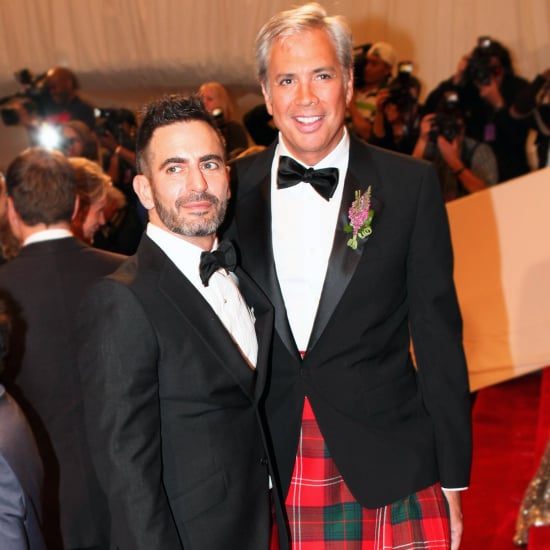 Marc Jacobs and Robert Duffy have accomplished a lot in 30 years working together, but they'll make industry history this Fall when they win the Fashion Group International's Superstar award.

It will be the first time the trophy has been given to a duo instead of an individual designer. Jacobs and Duffy will be in good company: Donatella Versace, Jean Paul Gaultier, and Nicolas Ghesquière have won the award in the past.

So why recognize both men? FGI president Margaret Hays called the duo "a partnership that changed the course of fashion design." She told WWD, "The enduring collaboration of Marc Jacobs and Robert Duffy is the foundation for one of the most influential and successful brands on the planet."

Jacobs has credited working with Duffy — who has been his business partner almost since the beginning of his design career — as the reason he's had so much success.

Fashion NewsMarc Jacobs
Around The Web