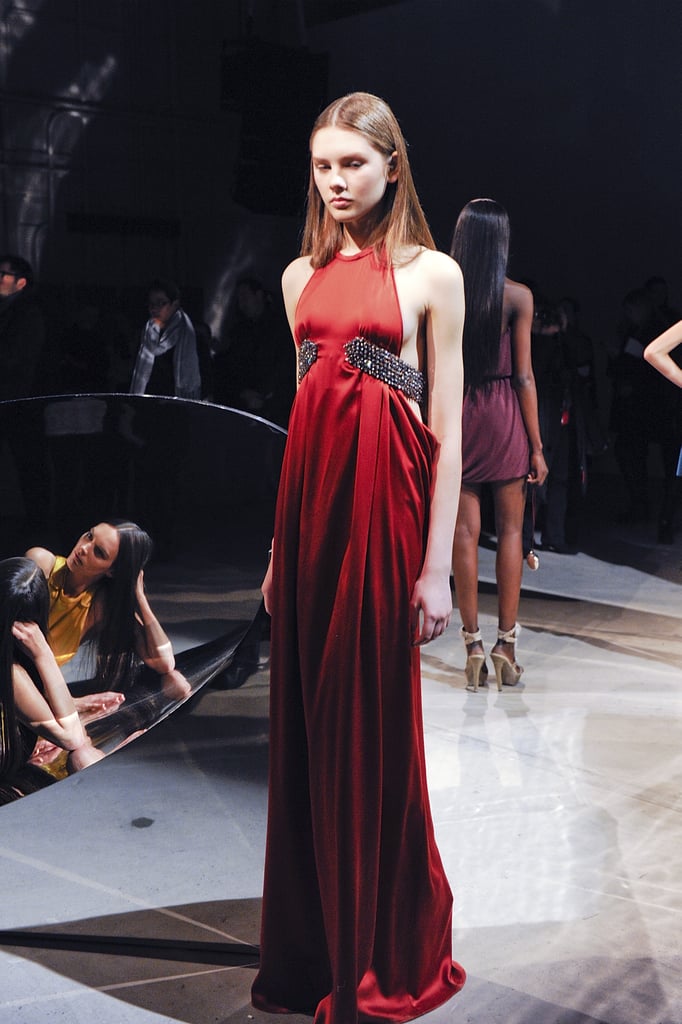 >> Last night, in a dimly-lit warehouse space in New York's Hell's Kitchen, Marios Schwab unveiled his first collection for Halston.  The house has had a rocky past since its namesake designer died in 1990, not excluding under the current management of Harvey Weinstein; in other words, the pressure was on for Fall 2010, with the feeling very do or die.

The models stood, sat, or lounged in a mirrored set, full of linear and geometric shapes, showing off their largely monochrome looks in a variety of colors.  There was plenty of draping to go around, but also a bit of stiffness — one tan dress had a barely detectable pentagon shape coming out of its center. Marios, mingling with the crowd, explained that he was less interested in the Halston archives — he only used his memories of the pieces — and instead focused on the Halston idea of creating timeless pieces for strong women. He said of his Halston girl: "She is open minded. She is the daughter of the original Halston woman.”

Harvey Weinstein and newly-named Halston president and chief creative officer Sarah Jessica Parker, too, were on hand — the latter overheard saying when she arrived, “Excuse me, I have to meet Marios!”  before congratulating the designer.  Kate Young styled, and Schwab had London-based jeweler Jacqueline Rabun create silver accessories — including ear cuffs — in organic shapes remniscent of Elsa Peretti's work for the original Halston.

Puff-strapped sandals caught the eye of many, but on a whole, Cathy Horyn was still not convinced:

Marios Schwab, the latest designer at Halston, appeared to struggle in his first effort. A handful of fluid silk jersey dresses looked Halston-ish. But it was hard to see how his lineup of stiffly constructed dresses and twisted velvet chemises varied significantly from his own label in London. It’s not that Mr. Schwab has to adapt his style to the heritage of Halston. Who remembers exactly what that was, anyway? But the two sides need to stop fighting so much. 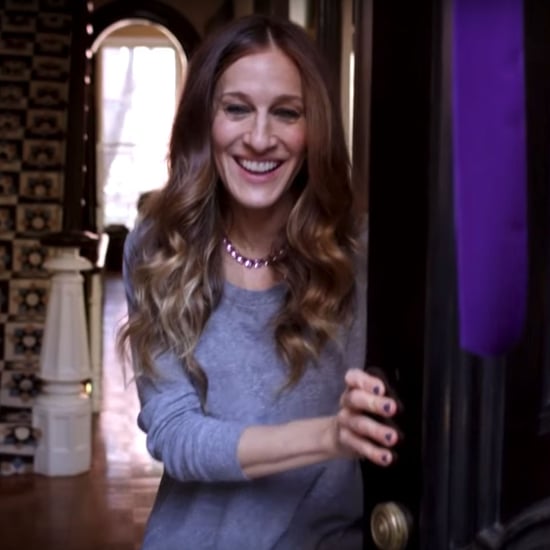 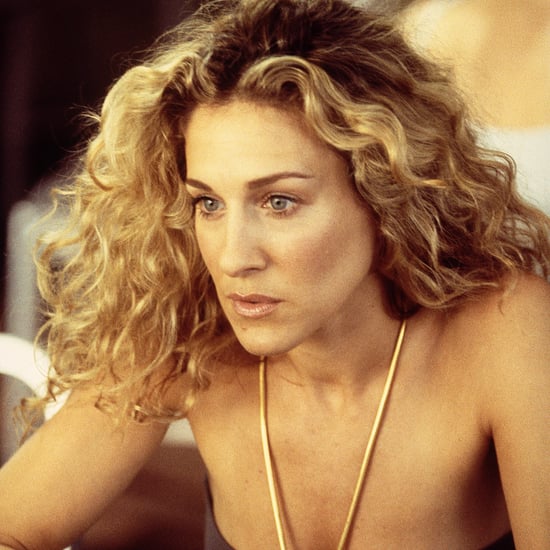 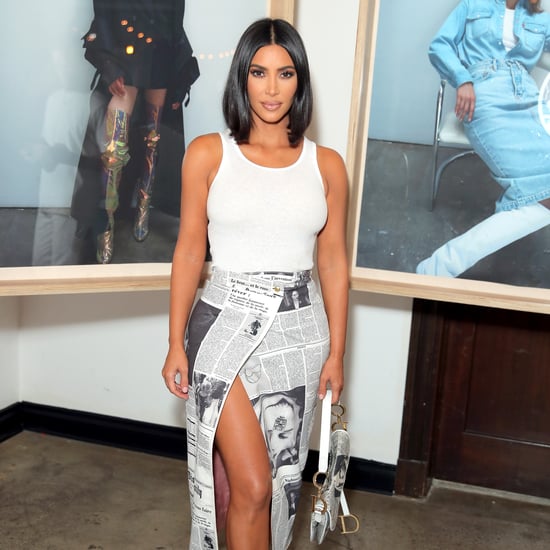 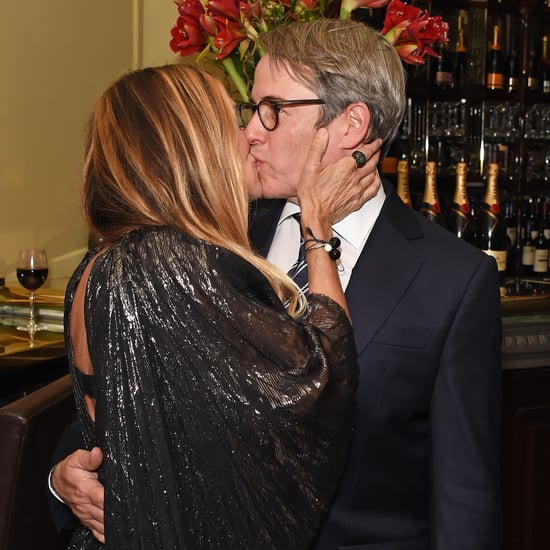 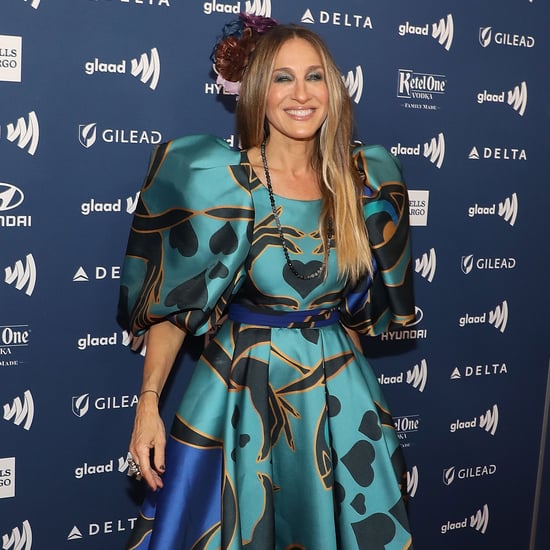