The pajama craze has been around for some time now, but it has taken a while to see the look on Hollywood's starlets. Actress Mena Suvari was daring enough to rock the trend while attending a movie screening in LA last night. She wore a snake-print pajama blouse, whose black piping makes it appear sleepwear-like. The key to mastering this look is to keep the rest of your outfit as dressed up and sleek as possible. In Mena's case, she wore her pajama blouse with black leather pants, a fur coat, and a black clutch. If you're gutsy enough to dabble with this trend, just throw on a pajama-like blouse, preferably in a silk fabric, and complete your look with streamlined pieces like skinny jeans and a fabulous blazer or coat. 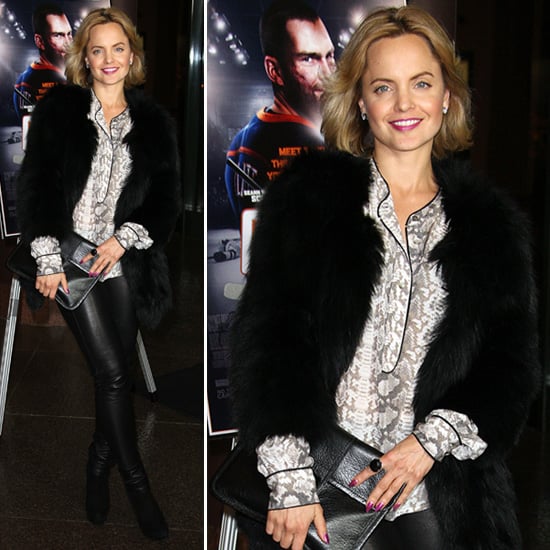