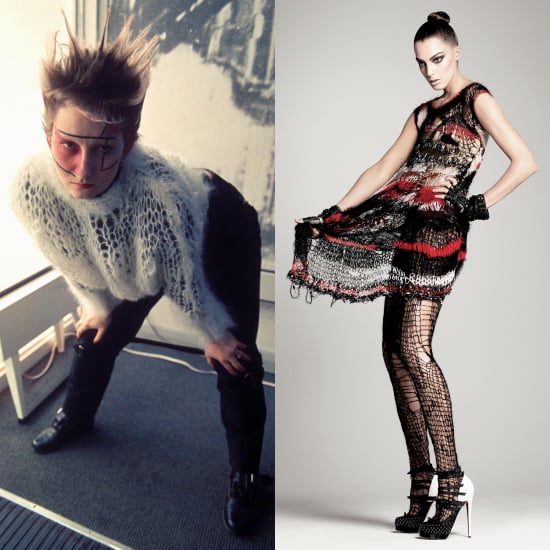 The 2013 Costume Institute Benefit for the Metropolitan Museum of Art (or the Met Gala, as most of us know it) is just days away, and as the star-studded event to celebrate the Punk: Chaos to Couture exhibit draws closer and closer, more details about who's wearing what, who's sitting where, and how to purchase a piece of the magical evening have emerged.

Keep checking back for frequent updates, but in the meantime, a rundown of everything — and we do mean everything — you will need to know about the gala, here.

The Designers and Their Dates

While nothing will be fully and officially confirmed until celebrities and fashion insiders step onto the red carpet, we do have a good idea of which celebrities will be on the arms of designers climbing the steps at the Met Monday night. Below, a list of possible pairings as reported by Eric Wilson of The New York Times:

Update: According to Page Six, Chanel Iman will walk in with J. Mendel designer Gilles Mendel.

Other designers and fashion houses have reached out to confirm who they'll be dressing for the event. They include:

Update 3: Donna Karan has confirmed that actresses Emmy Rossum, Hailee Steinfeld, and Jennifer Morrison will all wear one-of-a-kind dresses from Donna Karan Atelier. Meanwhile, both Miley Cyrus and Kelly Osbourne have tweeted that they'll be on the red carpet in Marc Jacobs.

Moda Operandi, one of the event's sponsors, worked with a number of brands — Balmain, Wes Gordon, and Nina Ricci among them — to make certain looks from the red carpet available for purchase the very next day.

Burberry has created a limited-edition line of clothing that went on sale in its two New York stores today. It includes men's and women's studded leather jackets (like the one seen at left), a studded stiletto, and a classic white t-shirt, among other items.

Meanwhile, Moda Operandi's Punk Shop plays host to an exclusive curated mix of punk-tinged merchandise, plus items that were created specifically to tie in with the gala and exhibit.

Update: Shoemaker Charlotte Olympia has teamed up with jewelry designer Tom Binns on a line of shoes and handbags covered with punk's ultimate signature, the safety pin.

So far, Tommy Hilfiger's table has the lion's share of star power. According to WWD, Nicki Minaj, Kings of Leon frontman Caleb Followill, Debbie Harry, Lily Aldridge, Zooey Deschanel, and Tommy and Thalia Mottola will all be at the designer's table and will all wear his clothing.

Update: Page Six has reported that Kate Upton has been invited to sit at Diane von Furstenberg's table, while her fellow model Lily Cole will sit with Vivienne Westwood.

It's been reported that Kanye West will provide the entertainment at this year's gala, but so far no performers have been confirmed. Other possibilities include Psy, the Korean artist best known for his hit song, "Gangnam Style," who is coming as a guest of event sponsor Samsung, and Beyoncé, who has been named an honorary chair of the event.

There are no less than four places where viewers can watch the red carpet online May 6 starting at 7 p.m. EDT/4 p.m. PDT. Both Samsung and Moda Operandi, sponsors of the event, will have streams, and so will Vogue.com and The Metropolitan Museum of Art's website.

If you're not on the gala's guest list, you'll have to wait until the exhibit opens to the public on May 9. The show will be on display until Aug. 14, but members of the Metropolitan Museum will be granted access on May 7 and 8.

Fashion Designers
Meet the TikTok-Favorite Met Gala Dress . . . That Never Made It to the Red Carpet
by Yerin Kim 9/15/21