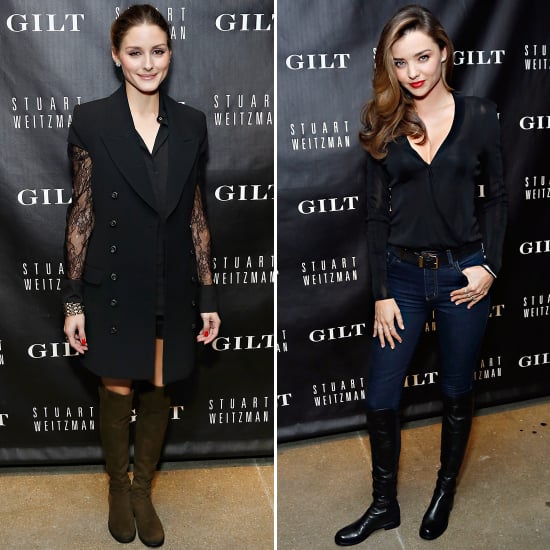 It was a meeting of the street style giants at the 20th anniversary party for the Stuart Weitzman 5050 boot. Olivia Palermo and Miranda Kerr both chose to style their pairs with similarly dark ensembles. Olivia opted to style her dark brown pair with a lace top, which she layered underneath a short-sleeved, double-breasted jacket that we saw multiple times during fashion month. Miranda reached for a classic black top and dark jeans, which she tucked into her black pair of over-the-knee boots. Not much else was needed to finish off their casual cool looks — no doubt proving their supreme street style prowess.