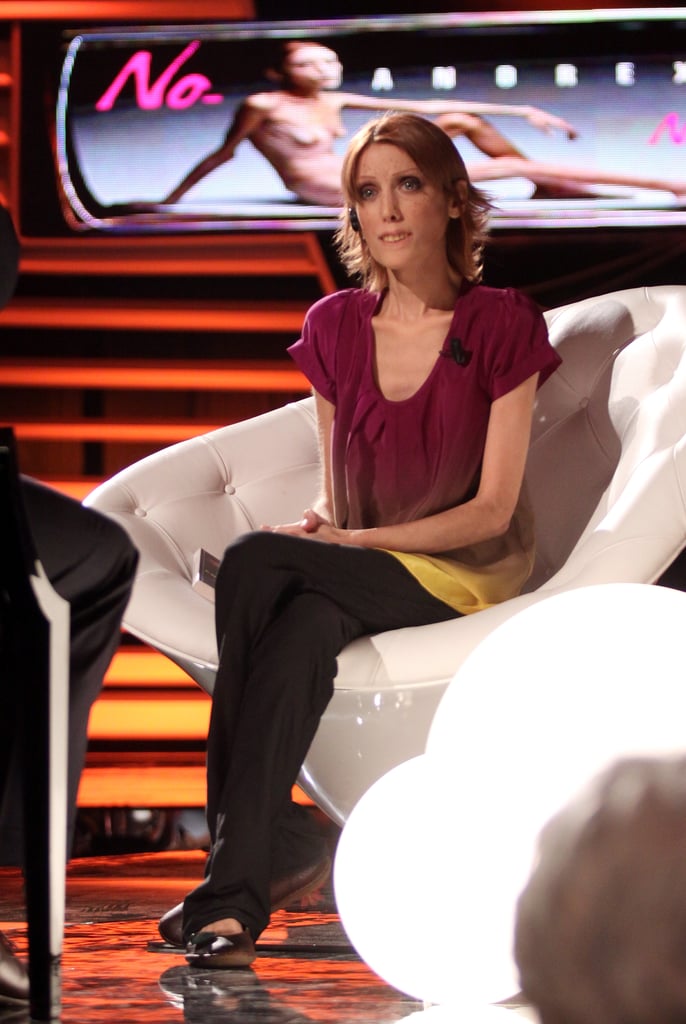 Model Isabelle Caro, Known for Nude "No Anorexia" Billboards, Has Died at 28

>> Isabella Caro, who gained attention in 2007 for billboard ads showing her emaciated body above the words "No Anorexia," died on Nov. 17 at age 28, according to her acting teacher. Her boyfriend, Swiss singer Vincent Bigler, confirmed Caro's death, saying she spent about two weeks in hospital with acute respiratory disease.

Caro had suffered from anorexia since age 13; earlier this year, during an appearance on Jessica Simpson's The Price of Beauty, she spoke about how a designer told her in high school to lose 10 kilos (22 pounds) if she wanted to be successful, which caused her to stop eating. At the time of the 2007 billboard shoot — which she did because, she said, “I thought this could be a chance to use my suffering to get a message across, and finally put an image on what thinness represents and the danger it leads to — which is death” — she measured 5'4" and about 70 pounds. Earlier this year she self-reported her weight to be about 90 pounds.

Kelly Preston
Kelly Preston Has Died of Breast Cancer: "She Was a Bright, Beautiful, and Loving Soul"
by Monica Sisavat 1 day ago