Lady Gaga, Azealia Banks, Leigh Lezark: just a few of the notable names who may be involved with Nicola Formichetti's Spring 2013 runway show and afterparty for Mugler Wednesday night.

Formichetti said Tuesday that while this season's show wouldn't be live streamed, he would release a video on Wednesday "with new show music by Lady Gaga." Just last week, he tweeted at the singer, saying he was "so excited to see my lady." (A Gaga devotee from Azerbaijan later declared that the performer would reprise her role as music director for Mugler.)

Banks tweeted at Formichetti that she was in Paris this morning. The two collaborated on the music video for Banks's song "Liquorice," and the 21-year-old may well be the "special live guest" mentioned on the invitation to the Mugler afterparty. A list of DJs on the invite includes The Misshapes, Tommy Saleh, Christopher Kutlesa, Franco V, Mademoiselle Stephanie, and Nicopanda — Formichetti's nickname.

Kim Kardashian also exchanged missives with Formichetti last week, saying she couldn't wait — although what she couldn't wait for was unspecified. Perhaps she was referring to being one of the first recipients of Mugler's new handbag line, which will be unveiled at tonight's show. Formichetti sent bags from the debut collection — which includes a model shaped like Lady Gaga's backside — to Kardashian, Beyoncé, Rihanna, and Gwen Stefani. Whether Kardashian will thank Formichetti for the bag in person tonight remains to be seen.

Photo: Lady Gaga and Nicola Formichetti bow after the Fall 2011 show for Mugler. 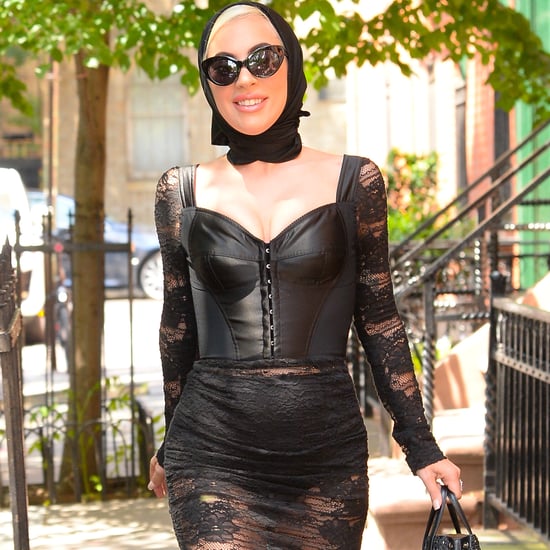 Met Gala
Evan Mock Signs Off With the Most Stylish Fashion Month of a Lifetime, XOXO
by Sarah Wasilak 1 week ago

Fashion Designers
Fashion Is For Everyone, So Why Am I Still Downloading Runway Looks For "Men" or "Women"?
by Sarah Wasilak 1 week ago