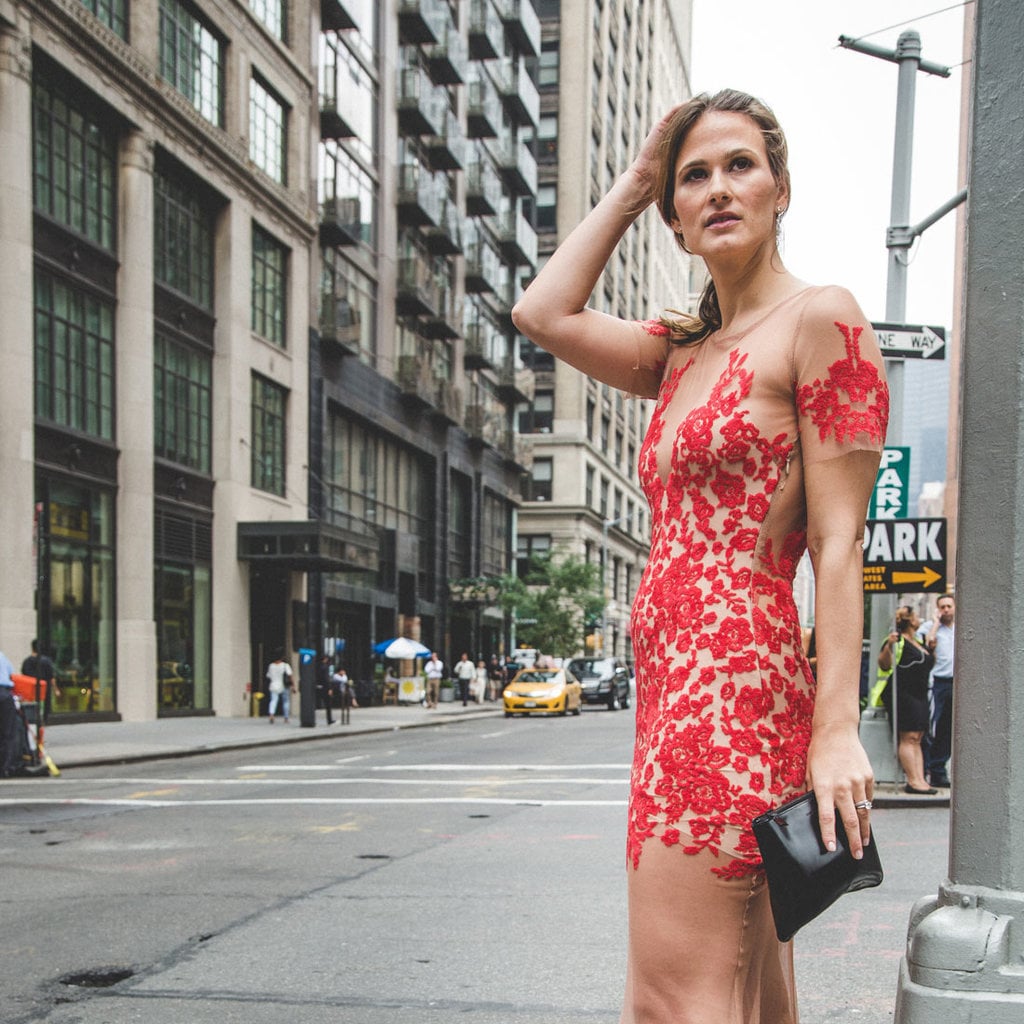 1 Woman Wore the Naked Dress IRL, and This Is What She Learned

In a single night, celebrities like Beyoncé and Kim Kardashian ushered in a new era of red carpet dressing with sheer gowns we quickly dubbed "the naked dress." Since the Met Gala, the term has become a steady part of the fashion vernacular, referring to a sheer dress, embroidered or bedazzled just enough to create some semblance of modesty while revealing just about everything else.

As with most trends in fashion, editors quickly became immune to the trend. It didn't seem as shocking as it did the night it arrived on the red carpet. In fact, it seemed normal. I mean, we've all seen Kim Kardashian naked at this point, right? Well, either because I was so numb to the look or so blissfully unaware of what it felt like to wear it, I agreed to put it to the test in real life. How hard could it be?

I'm not a model or actress; I am not Beyoncé; and I'm not used to having my picture taken. While I've seen the look on dozens of supermodels and style icons, seeing the outfit on someone else can't ever prepare you for feeling quite so naked in public. This is what I learned.

Winter Fashion
Juicy Couture Relaunches Its Website With Velour Tracksuits — Paris Hilton, Are You In on This?
by Sarah Wasilak 1 week ago

Fashion Trends
How to Turn Any Purse Into a Backpack, Because TikTok Hasn't Already Taught Us Enough
by Sarah Wasilak 1 week ago