Britain's Advertising Standards Authority has banned an ad for Dior's Diorshow New Look mascara after receiving a single complaint, reportedly from L'Oreal UK, that the ad exaggerated what the mascara can do.

The image, which stars Natalie Portman and was shot by Mert Alas and Marcus Piggott, was originally intended to advertise a lipstick, but Dior told the ASA that it was later changed to a mascara ad. The photo was then digitally altered to "separate/increase the length and curve of a number of her lashes and to replace/fill a number of missing or damaged lashes, for a more stylized, uniform and tidy effect." Dior also said Portman wasn't wearing any false lashes in the ad, and that it "did not consider that the post-production techniques went beyond the likely consumer expectations of what was achievable using the product."

Nevertheless, the ASA has ruled that the ad can no longer appear in its current form. Dior has agreed to "amend or withdraw" the ad instead of going through a formal investigation about how it altered the image.

This ban comes on the heels of other beauty ads that were shut down for their altered imagery. Earlier this year, the ASA told L'Oreal to stop circulating an ad for its Revitalift Repair 10 starring Rachel Weisz because it "misleadingly exaggerated" the face cream's effects. In 2011, it banned a Lancome ad featuring Julia Roberts and a Maybelline ad starring Christy Turlington because they were "not representative of the results the products could achieve."

Note: In an interesting twist, the original stories concerning this ad on both The Daily Telegraph and Vogue UK appear to have been taken down. The biggest difference in this case and previously banned ads is that the others resulted from consumer complaints, not reports filed by competitors. Both news outlets alleged that L'Oreal complained about Dior's ad. Might that have something to do with why mum's the word now? 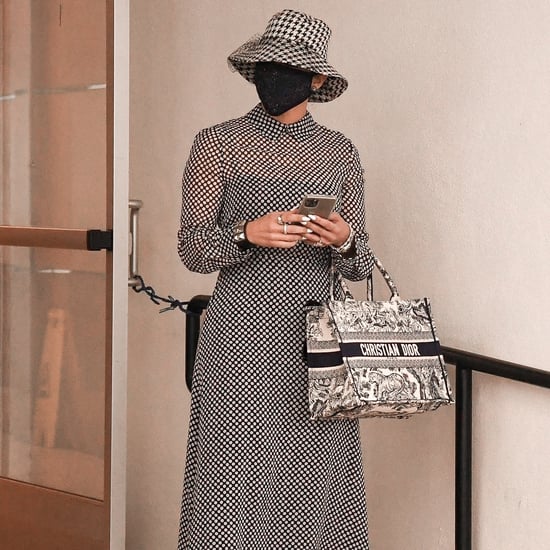 Jennifer Lopez
If 2020 High Fashion Could Be Summed Up in 1 Outfit, J Lo Just Wore It
by Sarah Wasilak 4 weeks ago