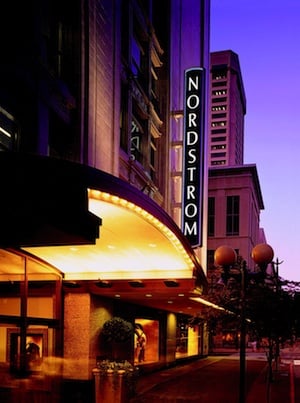 Between Target and now Nordstrom, the CFDA has been getting a lot of mass-market love. Nordstrom has just announced that it has teamed up with the organization to create six pop-up shops to sell a lineup of curated Spring '13 clothing, shoes, and accessories from the 2012 CFDA/Vogue Fashion Fund finalists: Andrea Lieberman from A.L.C.; Greg Armas from Assembly New York; Sofia Sizzi from Giulietta; Justin Salguero, Daniel Silberman, and Alina Silberman from Illesteva; Jennifer Fisher; Jennifer Meyer; Max Osterweis and Erin Beatty from Suno; Greg Chait from The Elder Statesman; Tabitha Simmons; and Wes Gordon.

The pop-up shop collection will be available in February 2013 at six Nordstrom locations including Seattle, San Francisco, Los Angeles (The Grove), Chicago, Dallas (Northpark), and Treasure & Bond in NYC. The CFDA is making a big effort to support their up-and-coming designers, and we can't wait to shop this latest collaboration. Are you just as excited?

Fashion NewsCFDANordstrom
Around The Web

Winter Fashion
Glamping, Anyone? The North Face and Gucci Collaborate For a Luxury Outdoor Experience
by Kara Kia 3 days ago

Fashion Video
Tanya Taylor Made a Fashion Week Video With Her Loyal Celebrity Clients, Reminding Us to Vote
by Sarah Wasilak 1 week ago