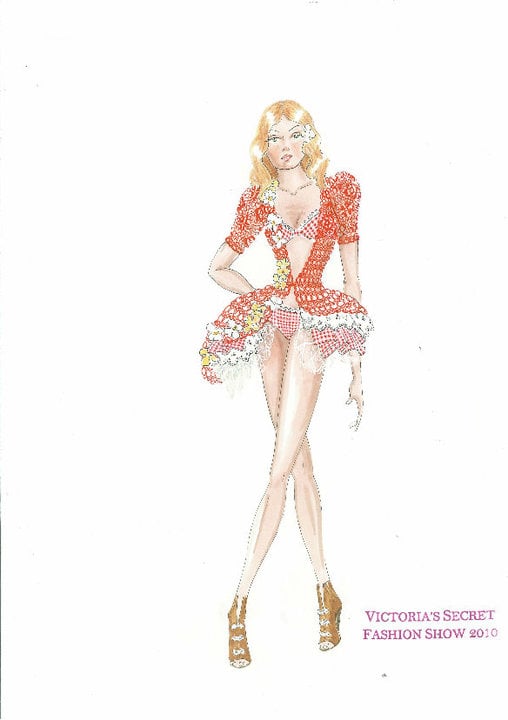 >> We've gotten a few clues to who will and won't be among the 2010 Victoria's Secret Fashion Show cast, but how about some details on the show itself? Katy Perry is said to be performing, and Angel Adriana Lima will be leading the pack in this year's Fantasy Bra — covered in $2 million worth of Damiani diamonds, sapphires, and topaz, all set in 18k white gold. There's a peek at that in the gallery, along with a few sketches of this year's outfits — some of which are said to be boxing themed — and including one with a soccer ball-like cape. The fashion show tapes on Nov. 10 and airs on CBS on Nov. 30 at 10 pm EST.