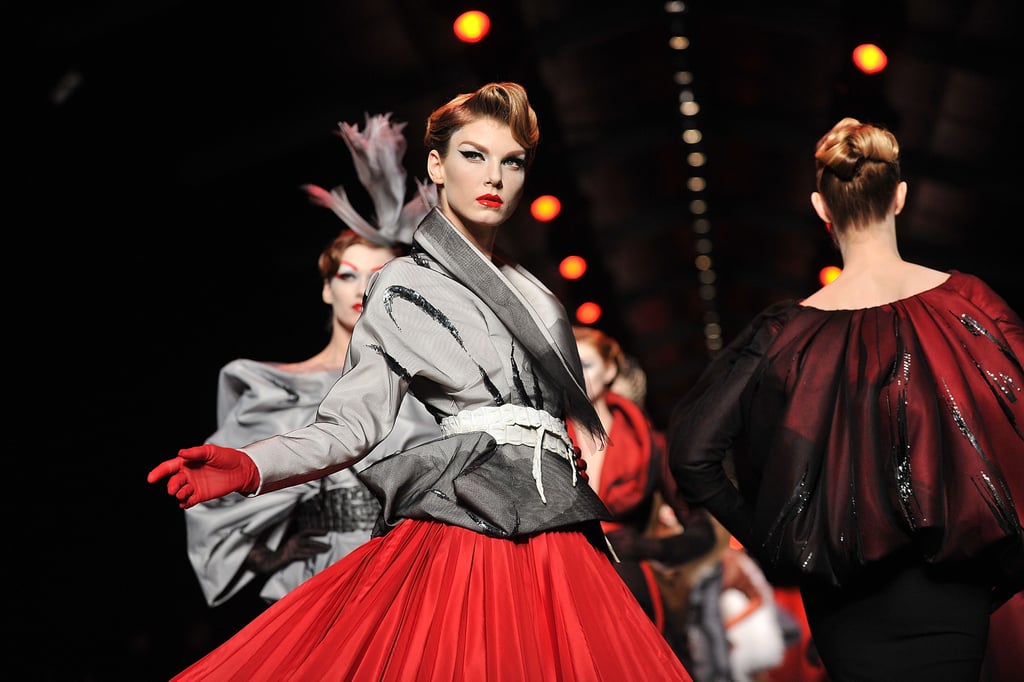 >> John Galliano stuck to his staples for Spring 2011 Christian Dior couture — a retro silhouette, this time inspired by illustrator Rene Gruau, and perennial Dior face Karlie Kloss opening, introduced to the audience with a rotation of the set. Mario Testino, Stella Tennant, Lou Doillon, Pedro Almodovar, Patrick Demarchelier, and Azzedine Alaia were all front row to take in the show, and Galliano took his bow in a cropped black wig and red-striped black tuxedo pants. Backstage, Martha Streck Tweeted, the models — including Iekeliene Stange and Angela Lindvall, who both made appearances — had to pose for Demarchelier afterwards.