For her red carpet arrival, Kelly chose a black Tony Ward, but later that night, at the Governor's Ball, she slipped into quite the contrasting look. Though both gowns nearly have the same silhouette, the white is pure Grecian goddess; the black is a little more classic, less unexpected. Kelly clearly looks Fab in both looks, but I want to know which gown you think should win this style battle? 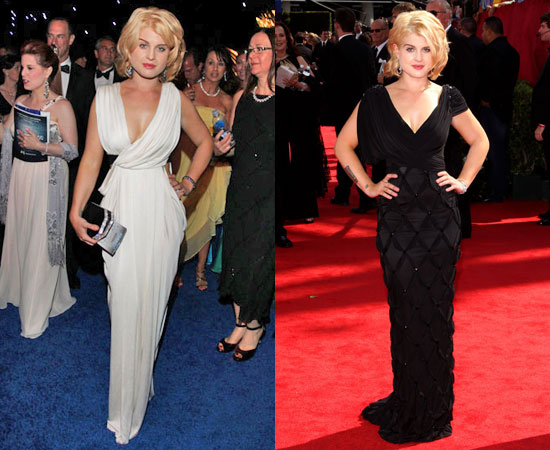