>> Prada Cast Tomorrow to Reportedly "Surprise" — With London Fashion Week winding down, Milan really kicks off tomorrow with the likes of Fendi and Prada.  The latter, whose model cast is always closely watched, is rumored to be worth keeping an eye on again this season: "Just when you thought Prada had no more surprises left...this line up will shake the earth with surprise.." Adds a commenter in response: "I can confirm that this is true...to a degree . . . it all depends on what your hopes are. there will be same-old but also surprises."  The show will be livestreamed on Prada.com. [@ChrisINTERVIEWS, Fashin, Fashin, Prada]

UPDATE: More hints: "what do the current issue of LOVE and this seasons casting for Prada have in Common? I'm biting my tongue so hard it hurts." And "Madame Prada's avant-garde house is feeling the presence of a few rather...uhm... angelic beauties to twist up the cabine this season . . . Prada faves are being unconfirmed by the gaggle . . . Peeps are saying it's the house's answer to the CFDA's size and age question." [@ChrisINTERVIEWS, The Imagist]

Celebrity Instagrams
Gabrielle Union and Dwyane Wade Have a Topless Fitting in Etro, a Date Night in Prada
by Sarah Wasilak 10/25 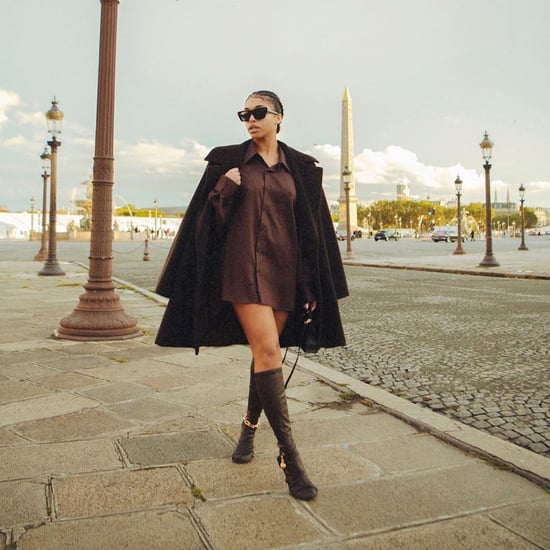 Dua Lipa
Dua Lipa's Naked Dress Has It All — It's Sheer, Plunging, and Sparkles From All Angles
by Yerin Kim 9/27