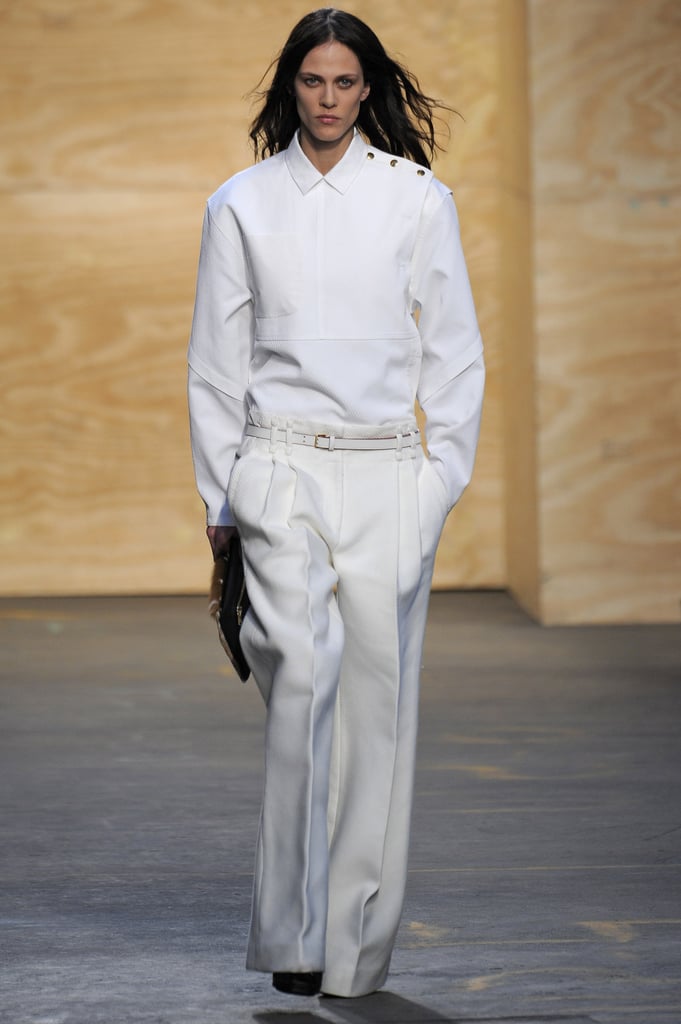 >> There have been a lot of hints this week that volume will be big for Fall 2012. A few days ago, Marc Jacobs had some very large-scale skirts in his mainline collection, and there were several oversized coats on Vera Wang's runway as well. Even Narciso Rodriguez offered up a full-bodied take on his trademark minimalism.

Last night's Proenza Schouler collection may have been the tipping point. Lazaro Hernandez and Jack McCollough riffed on the idea of clothing as protection, and the duo offered it up in boxy silhouettes and very generous proportions. Moto jackets and trousers were cut in powerful, ample shapes, while t-shirts, miniskirts, and long-sleeve dresses all had an element of architecture and structured slouch.

Also worked into the collection was another emerging trend: the Far East. However, Proenza Schouler's version was of the more minimal variety — and a lot less literal than we've seen thus far. Theirs came in the form of kimono shapes, clean lines, obi belts, asymmetric closures, and some beautifully embroidered oriental brocades. "It's Asian, but in a New York way," Hernandez explained.