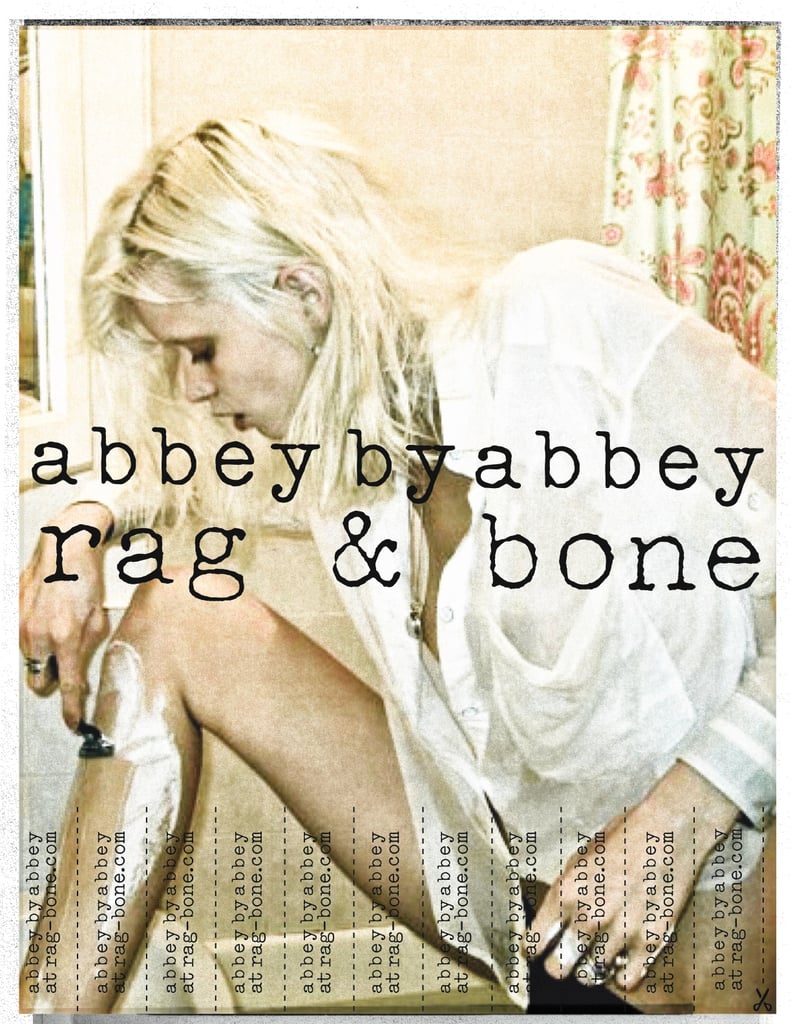 >> Instead of hiring a professional photographer to shoot their ad campaign, Marcus Wainwright and David Neville handed Abbey Lee Kershaw, Edita Vilkeviciute, Sasha Pivovarova, and Lily Aldridge a digital camera and asked them to take pictures of themselves in Rag & Bone clothes — with full creative freedom. “We have always been very inspired by the girls who do the show,” said Wainwright. “Rather than do what every other brand does and have a high-end photographer take very polished shots, we thought, ‘Let’s flip it on its head to get the girls to take over.’ We wanted it to be very real.”

Wainwright and Neville are hoping the guerrilla ad campaign, which included plastering more than 1,000 posters on walls and against deli boards below 14th St. in NYC, will lure fans to their new e-commerce site, which features social networking elements such as a blog and videos. The duo also enlisted Elettra Wiedemann, Details magazine’s Eugene Tong, Marie Claire’s Taylor Tomasi Hill, V’s Jay Massacret, Julia Frakes of Bunny Bisous, and Sean Sullivan of The Impossible Cool to submit their own images for the site, which will be showcased later in a gallery. “It’s about real people and real clothes, clothes that we want people to wear and feel good in,” said Neville.