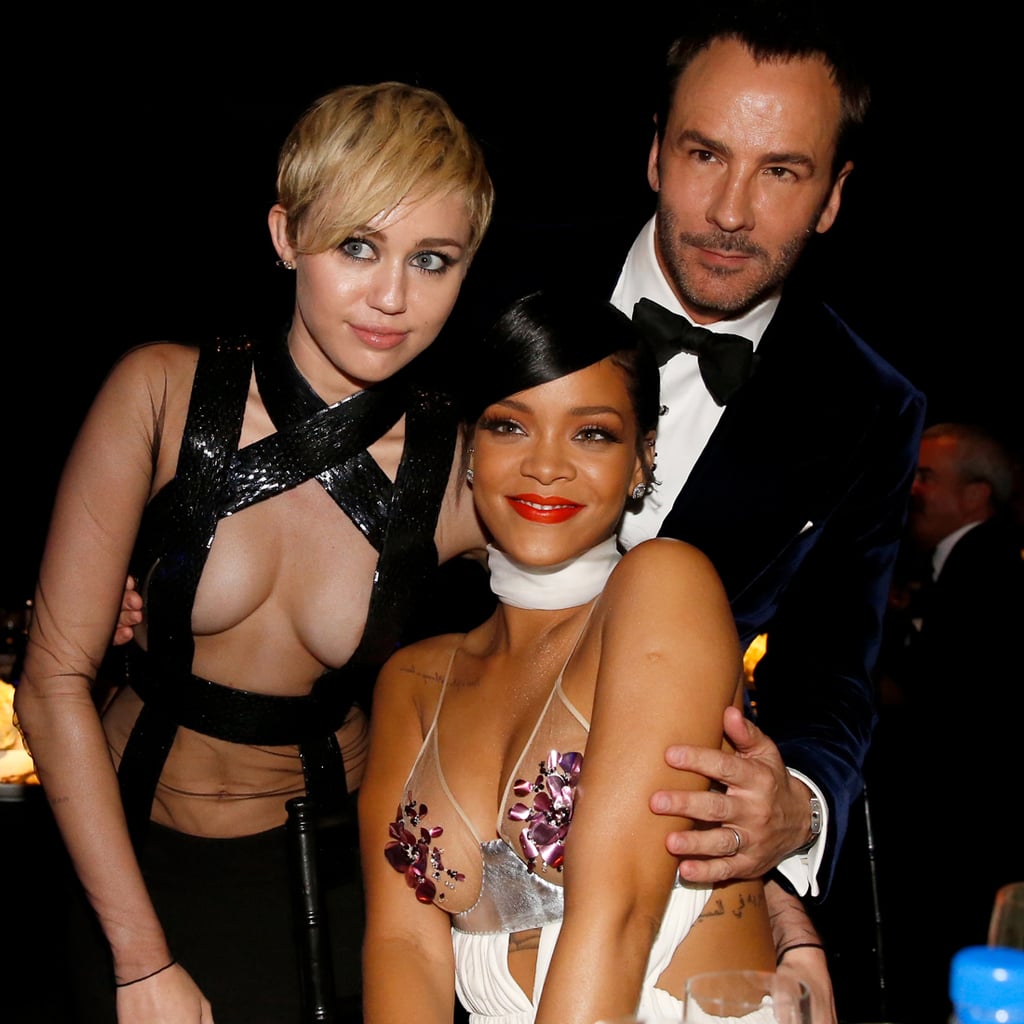 Miley vs. Rihanna: Whose Cleavage-Baring Look Was Most Shocking?

When we saw the pasties-clad models on the Tom Ford Spring 2015 runway back in September, we wondered if any of the polarizing looks would see the light of day on the red carpet. We should have known that with such adventurous stars as Rihanna and Miley Cyrus, it wouldn't be a matter of if but when. Both risk-taking celebs rocked cleavage-baring (and sometimes nipple-revealing) looks from the collection last night, and it's hard to tell who's was more shocking.

At the amfAR Inspiration Gala, which was held in the designer's honor, Ford broke his long-held rule of never dressing more than one celebrity for the same event. There was Miley, in a sheer black dress with a dominatrix-esque strapped bodice, and then Rihanna, in a "gown" that was really all about a pair of purple bejeweled nipple pasties . . . and a pair of matching platforms. (Gwyneth Paltrow also rocked Tom Ford at the event, but considering her shirtless tux was utterly modest compared to these other two looks, we'll refrain from including it here.)

Read on to compare their looks to what walked the runway, and avert your eyes if you aren't ready to see every last angle. But then, it's up to you to decide: who's skin-baring look was most scandalous?