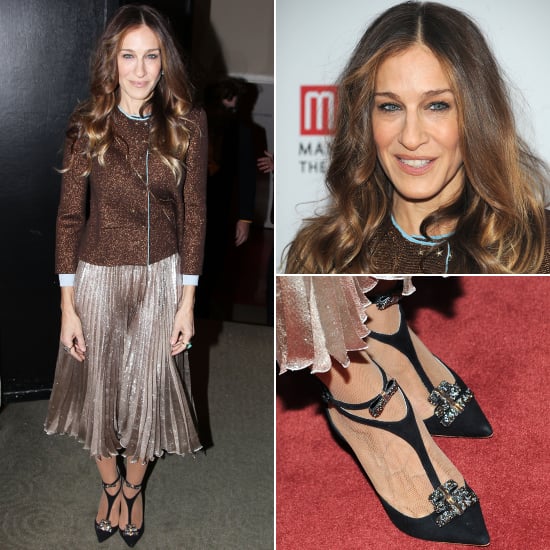 Sarah Jessica Parker attended the opening night of her new Off-Broadway play, The Commons of Pensacola, in an ensemble loaded with sparkle. The actress paired a shimmering brown Sonia Rykiel jacket with a pleated rose gold Rochas dress, and she finished off the outfit with a pair of Sophia Webster heels decorated with crystal accents.

It was an unapologetically rich outfit to wear to a play about a family with an infamous history with money (The Commons of Pensacola is a thinly veiled drama about the wife and daughter of Bernie Madoff), so we have to ask . . .