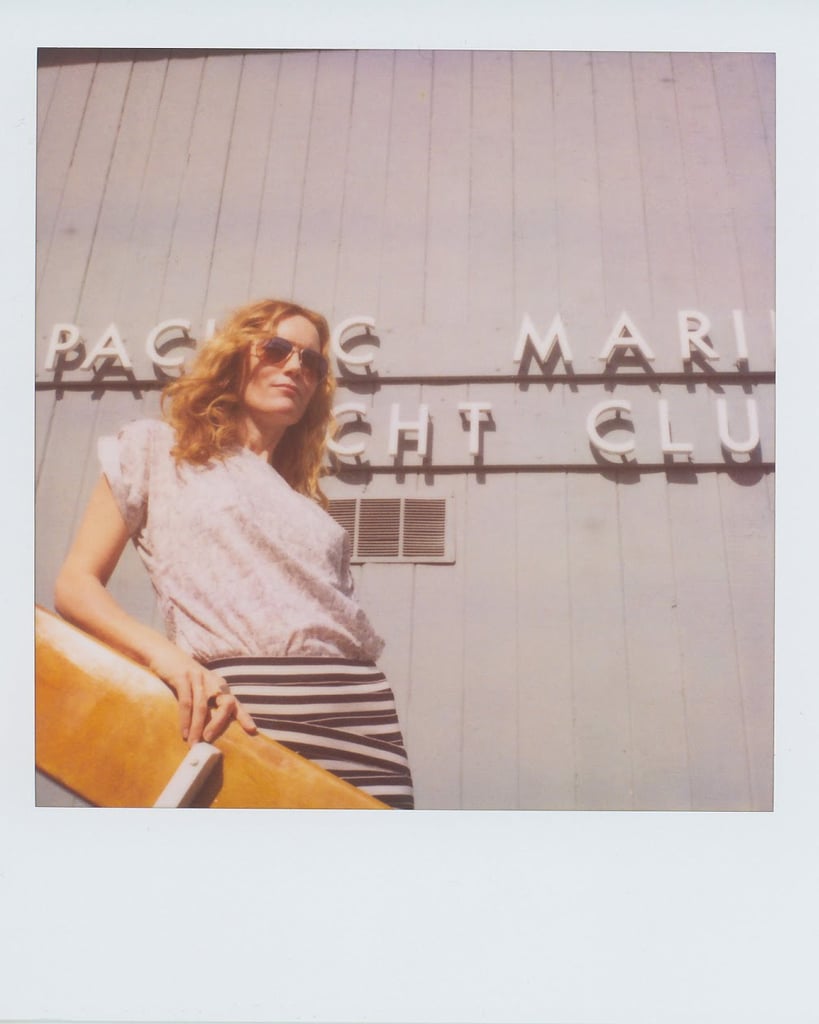 >> Scott Sternberg definitely has a thing for Polaroid — every season, he has a different actress (Michelle Williams, Marisa Tomei) don his clothes and tell a story through a series of faded photos. Even his show invite this season depicts all of the necessary who, where, when information via a Polaroid picture.

For his Spring 2010 lookbook, he tells Style.com, “I thought it would be kind of hilarious to pair a cougar with two younger dudes and see what kind of story would come out of it.” Thus, you have Leslie Mann gallivanting on a boat in Marina del Rey, California with Dave Franco (James's little brother) and Community's Donald Glover.