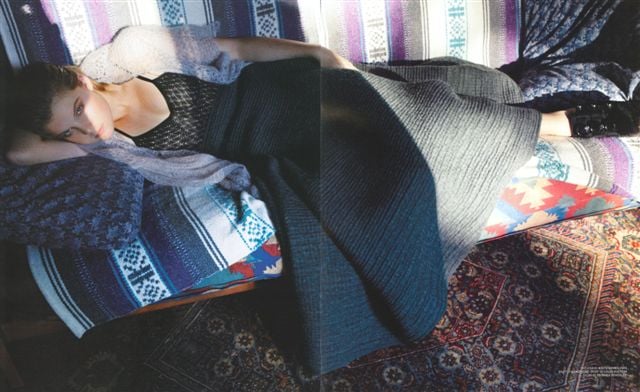 >> Much ado was made about Tavi Gevinson's styling debut for Blackbook — and now the 10 page result, shot in upstate New York, is here. Chloe Sevigny was originally scheduled to model in the shoot, but had to back out last minute because of a scheduling conflict, so Tavi chose Christine Staub from IMG. A Blackbook editor on set noted: "the clothes she pulled were minimal for a 10-page fashion editorial — she pulled from 15 designers [including Rodarte, Prada, Marc Jacobs, and Louis Vuitton], but was very selective about which pieces she chose from each — she might get frustrated when pairing items to form looks. Added to the pressure of a first-time styling gig was the presence of Lizzie Widdicombe, who, despite being very sweet, was still a New Yorker reporter writing down Gevinson’s every move and word in her notepad."