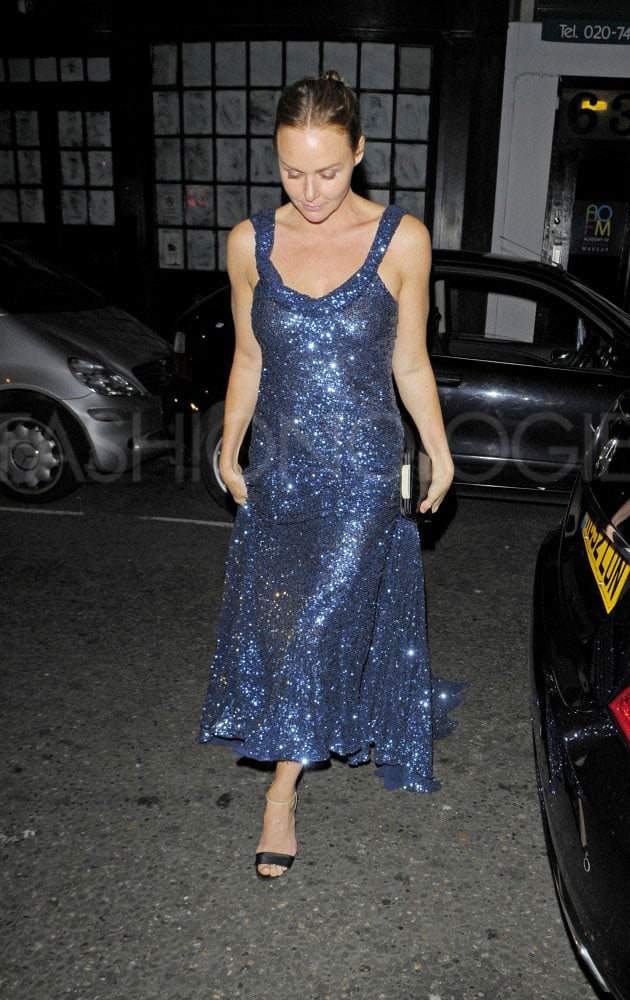 >> Last night, Stella McCartney celebrated her 40th birthday with a small flock of famous friends. Among those who gathered at the fete, held inside the London landmark Aspley House: Kate Hudson (in coral Elie Saab) and her fiance Matt Bellamy; Bono and Ali Hewson (in Edun); Tom Ford in a velvet suit; Kate Moss (in an Azzaro jumpsuit); and her father Paul McCartney and his fiancee Nancy Shevell. Gwyneth Paltrow, too, joined the festivities — which included an after-party at the Groucho Club in Soho — and was later spotted leaving with two mugs, printed with photographs of McCartney as a baby.

Netflix
Need a Refresher on Season 1 of The Politician? We've Got You
by Grayson Gilcrease 6/09