>> Nicola Formichetti has made quite a name for himself as creative director of Dazed & Confused, and more recently, as Lady Gaga's stylist. But when he was first starting out, as he told French quarterly magazine WAD in the new Spring 2010 issue, his titles were more humble . . . that of fashion thief and "stalker":

I was the biggest <nobrand>Vivienne Westwood</nobrand> fan. So I started working at her store. I used to steal a lot of things there. One day, the manager told me, 'People have been stealing. We now have to check everyone before the leave the store.' That day, I had a bag full of accessories. So I threw it into the bin. My plan was to wait for the cleaning lady to throw the bins outside, and then to retrieve the bag. She came 30 minutes after closing. And just when I was ransacking the bins, I saw my manager watching me. He started yelling: 'You will never work here again.' [Laughs]

I sneaked into his two shows in 1998. It was a fashion shock. I was mesmerized. I knew McQueen's ofice was in Aldgate at the time, so I became something of a stalker, actually. With my friends, I would go hang outside his building. I would look up to the top floor, where he was working. I could only shadows. I also went through his bins to look at all the photocopies and papers that had been thrown away. I was hanging out a lot, not going to school. 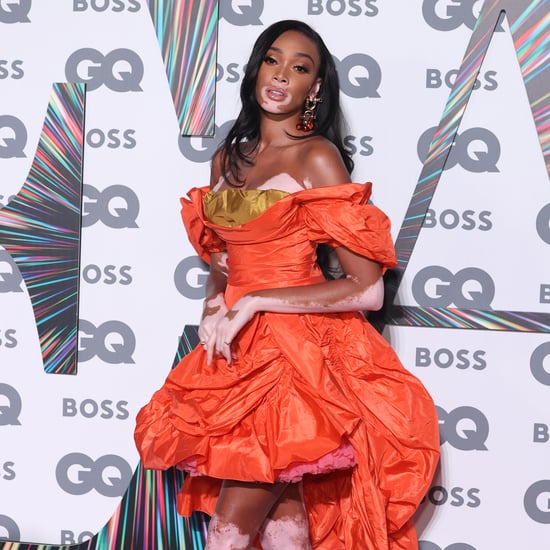 Celebrity Instagrams
Olivia Rodrigo's Riff on Britney Spears's "...Baby One More Time" Outfit Is as Brilliant as It Sounds
by Sarah Wasilak 6/21

Dua Lipa
Perhaps You Noticed Dua Lipa's Pearl Orb Choker Necklace? Everyone on TikTok Did Too
by Sarah Wasilak 5/13