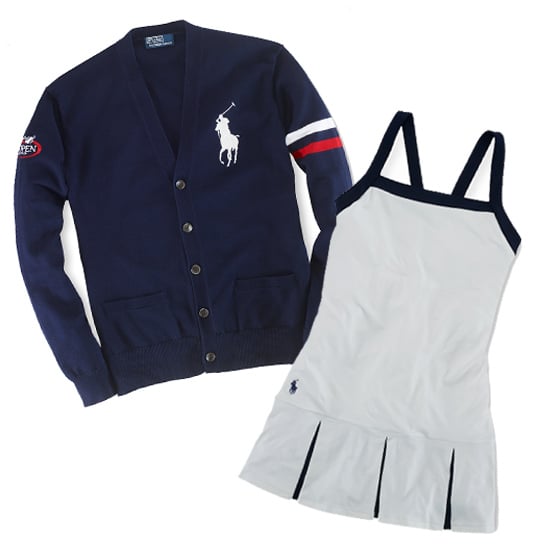 Ralph Lauren's about as American as apple pie, so asking the label to design the official US Open apparel is a natural. Later this month, not only can we look forward to intense court action from the players, but dapperly dressed chair umpires, line judges, and ball persons will be scoring points as well. Fans of the jackets, polos, and dresses can score these styles at the official onsite shop, as well as select Ralph Lauren stores and online.

This, of course, is not the first time Mr. Lauren's gotten sporty. Read on to see his other feats of athleticism, and see which of his fellow designers have gotten in on the action.

Ralph Lauren gave the American team a classic look that included slim navy blazers and white trousers or A-line skirts at the 2012 Olympics in London.

Sporty Stella McCartney represented England when she designed the official kit for the home team at the same Olympic games.

If you needed another reason to check out the men of the A.S. Roma soccer team, Philipp Plein's designs include handsome uniforms and masculine leather totes.

Fashion News
Jenna Lyons on Her New TV Show and the One J.Crew Piece She'll Never Get Rid Of
by Sarah Wasilak 20 hours ago