>> According to Valentino CEO Stefano Sassi, if the brand's numbers stay strong through Christmas, it will be in the black again for the first time since the London-based private equity group Permira bought it in 2007.

When Sassi joined the company in 2006, to say that the company was without structure or fiscal discipline is an understatement, he told WSJ. Of Giancarlo Giammetti, Valentino Garavani's longtime business partner, Sassi said: "He is a fox, but also he was dangerous. He was a great communicator and he created an exclusive image, but if you compare what Armani was doing at the same age, now he was an entrepreneur.”

When Garavani retired in 2008, he had for years been only putting effort into the couture collection and the ready-to-wear runway shows. An accessories line — which now accounts for half the brand’s total revenue — didn't exist until 2000, and he left others to the pre-collections, which now make up 75 percent of sales.

When Alessandra Facchinetti took over after Garavani's retirement, she was critically acclaimed, but Sassi says that only 28 percent of her Fall 2008 collection sold at full price. And: “She was interested in one variable. We had 25 variables. And the more the critics talked about her genius, the less she listened [to management].”

Current Valentino creative directors, Maria Grazia Chiuri and Pier Paolo Piccioli, were the brand's accessories designers at the time and say they didn't angle to take the head job after Garavani's retirement. “We loved working with [Facchinetti],” Chiuri told WSJ.

But they took over after Facchinetti was fired at the end of 2008 and have brought a younger slant to the brand: their runway shows are mostly day wear, as opposed to Garavani's mostly evening wear. And they've brought positive momentum to the brand: sales were up 10 percent for the first six months of 2010, and store traffic is up 15 percent.

As for Garavani, who attended the most recent show in October and gave a standing ovation? Sassi says his presence is a mixed blessing: “Yes, you want the founder’s approval, but you also want to show that you are forging your own way. Do you want people to think he is OK with the things you’re doing? Yes. But do you want them to think that it is business as usual? I’m not sure.” 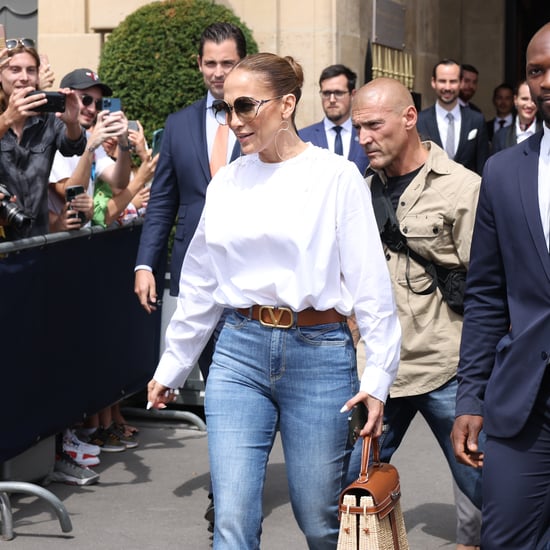