>> After three years of shying away, Gemma Ward is slowly returning to the public eye. A few weeks ago, she was featured on the cover of Australia's Sunday Telegraph magazine, and inside she explained of her absence, "I have taken a break from the media spotlight for the last few years, and it was something spurred by Heath [Ledger]'s death. We first met in New York and we were both struggling with things that I won't get into, and we bonded over that. I kind of met him at first and said, 'Listen my mum's living with me right now and I'm kind of going through a hard time and I'm not interested in having a serious relationship with somebody right now' and he was like, 'You know, um, let's just be there for each other through these hard times we're both going through.' And we developed a relationship and we started seeing each other."

That was in November 2007, when Ward was 20; she and Ledger spent Christmas in Perth, Australia, together before heading back to New York, where he passed away shortly after on Jan. 22, 2008. "There was no one like him — and no one will ever be like him," she continued. "I'm just so grateful I got to meet him and get as close as I did with him."

Ward, now 23, is slated to star in the Perth Theatre Company's play The Ugly One, for which she will be in Australia for three months; rehearsals began on Feb. 14 (she was snapped taking a break the first morning), and opening night is March 22. Yesterday, her promotional photos for the play were released, and Ward appeared in front of media for the first time since taking her break for the play's press conference in Perth — video, above.

Reporters at the conference were limited to one question, and anything relating to Ward's personal life or modeling career was off limits, but Ward recently reiterated that she plans to continue both her acting and modeling career after her stint in The Ugly One: "Yes, of course [I can do both]. It is interesting because as a model you do play a certain role and you know as an actor you play another role. I am very, very devoted to things that I'm passionate about. I think in terms of me shying away from modelling, I would like to clarify in some way that I was taking a break from many things in my life and obviously what people in the public see is that I'm pulling away from what is more public. But in the full capacity of my life, it was a reassessment of everything and I've made a commitment to myself to address some things that were coming up to do with Heath's passing and also things that were troubling me before we met. So it was a retreat from many things in my life and I did think it was important for me to focus on those things. I didn't know how long it would take. I didn't know if it would solve anything, but I set out to focus inside myself."

Meanwhile, she seems to be enjoying her return — as she said yesterday, “It’s nice to have a job where you’re laughing through the day, bouncing ideas and collaborating.”
Heath LedgerGemma Ward
Around The Web 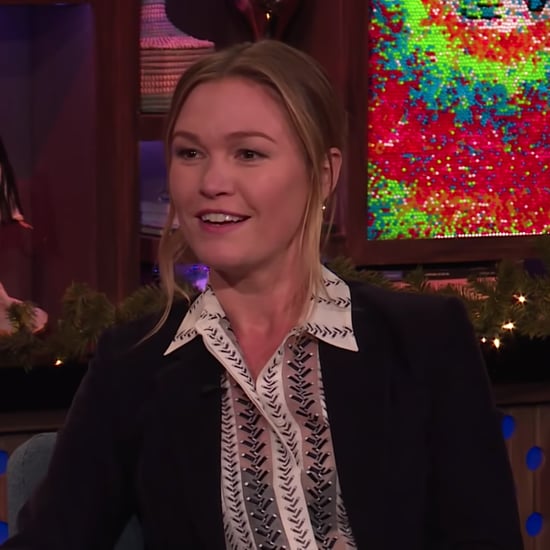