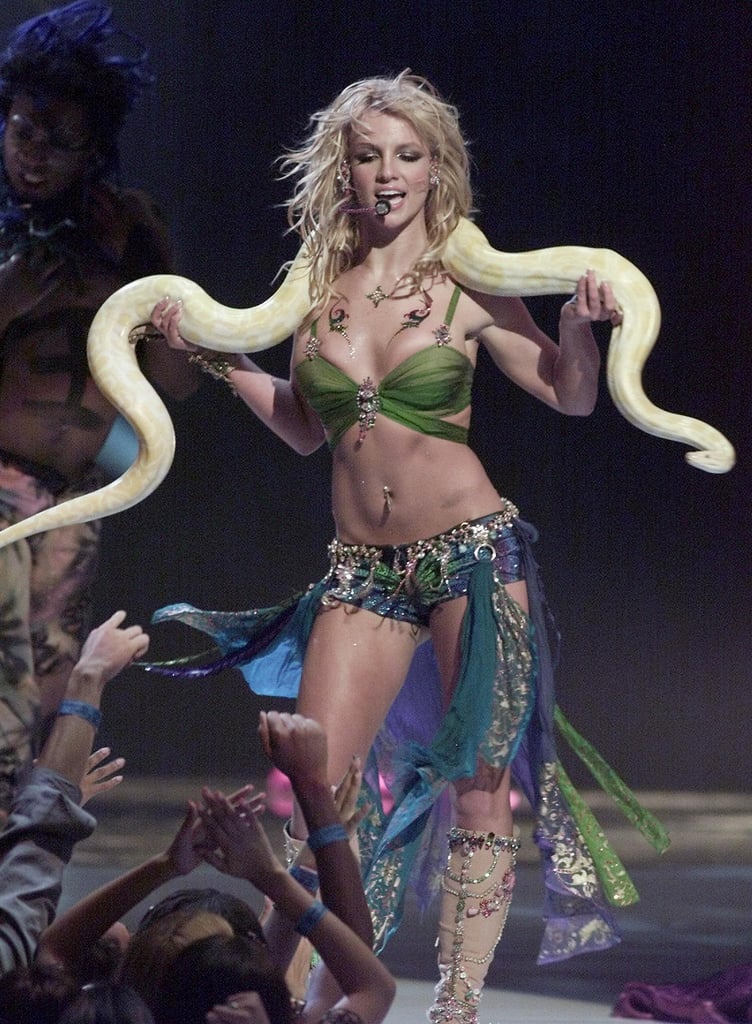 It's Been 19 Years, and We Still Can't Stop Talking About Britney Spears's 2001 VMAs Look

Britney Spears forever changed history when she performed at the 2001 MTV Video Music Awards wearing that iconic outfit. The singer was just 19 years old when she gave the memorable performance of "I'm a Slave 4 U" holding an albino Burmese python. (Fun fact: the snake was nicknamed Banana and weighed a whopping 25 pounds.) While we're coming up on almost 20 years since the iconic performance, we still can't get over her outfit. Her green set was designed by famed costume designers Kurt and Bart. (They were also behind the flight-attendant look she wore in the "Toxic" music video!)

For her performance, she walked the stage in an olive-green, ab-baring bralette and bejeweled booty shorts. She finished her look with a matching pair of bejeweled heeled boots and jeweled tattoos. Her shorts had multiple scarfs attached around the waist that swayed as she danced around the stage. I'd be lying if I said her outfit hasn't been ingrained into my brain from the moment I saw it as a kid. Britney managed to sing an entire song in the eye-popping outfit while holding the giant python casually draped around her neck. Now that's called skill! Read on to see all angles of her famous performance look. 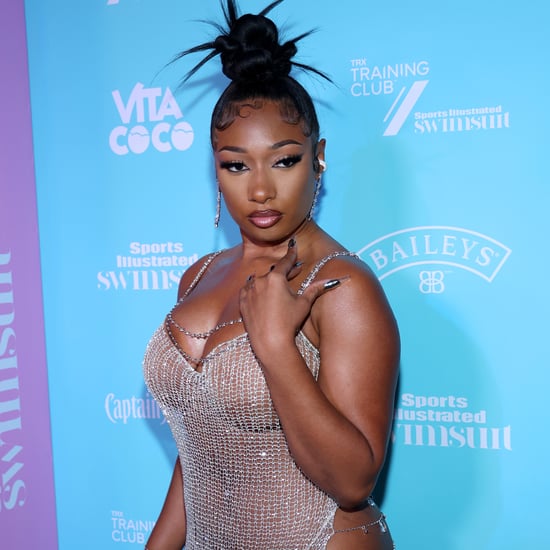