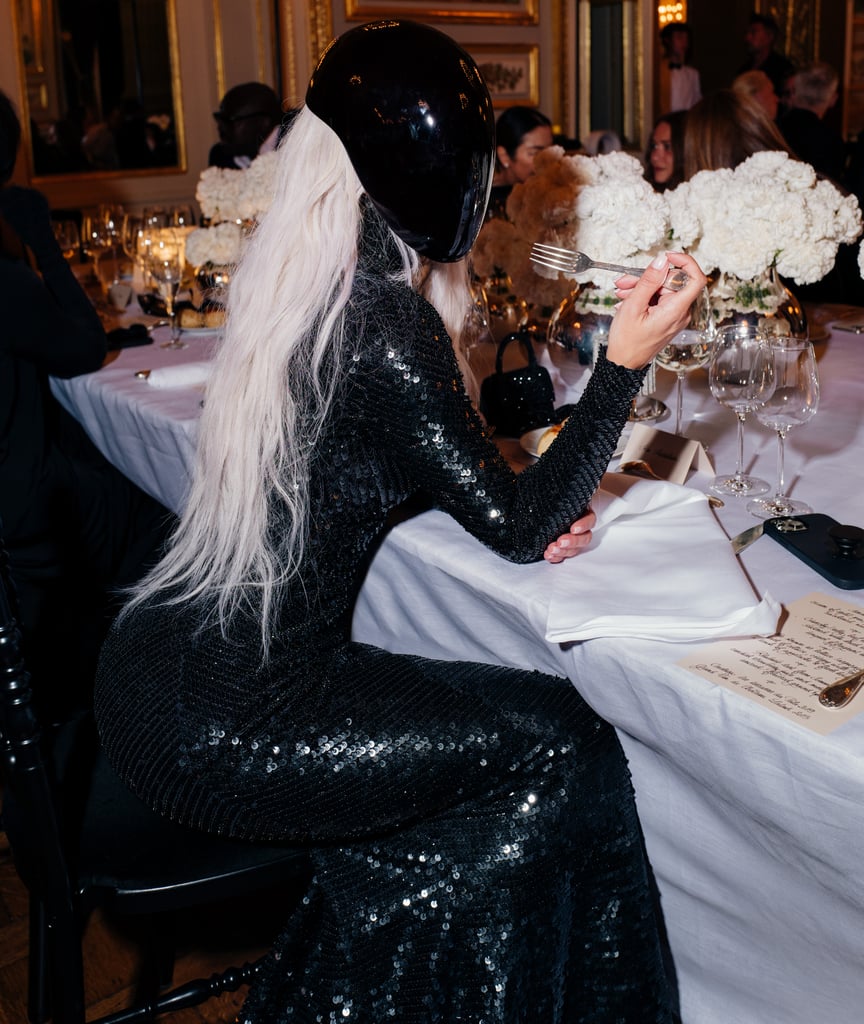 If the star-studded Balenciaga runway at Paris Couture Week was not enough to spark your excitement, the arrivals at the brand's dinner party — where Kim Kardashian attempted to eat dinner in a full plastic face mask — should indulge you.

Kardashian, 41, who has been hitting the streets with her daughter, budding style star North West, in tow, showed up to the Balenciaga afterparty in a full-sequined gown with a high neckline and a sparkly micro-mini Hourglass bag. While she wore the brand's classic D-frame sunglasses upon entry, she traded them for a face shield at the dinner table, posting snaps from the experience in an album on Instagram. Followers responded with comments such as "How do you eat with the mask on, Kimberly!? 😂😘" and "She got the mask on like her ex 🤔" — a reference to Kanye West's masked appearance at the 2022 BET Awards, where he had also been dressed in pieces from Balenciaga. Kardashian's own mask was crafted in collaboration with Mercedes-AMG F1 Applied Science, has anti-fog technology and breathable comfort, and can be purchased and personalized at the Balenciaga Couture store at 10 Avenue George V.

Street Style
The Top 8 Street Style Trends of the Season, as Seen on Fashion Editors
by Mekita Rivas 14 hours ago