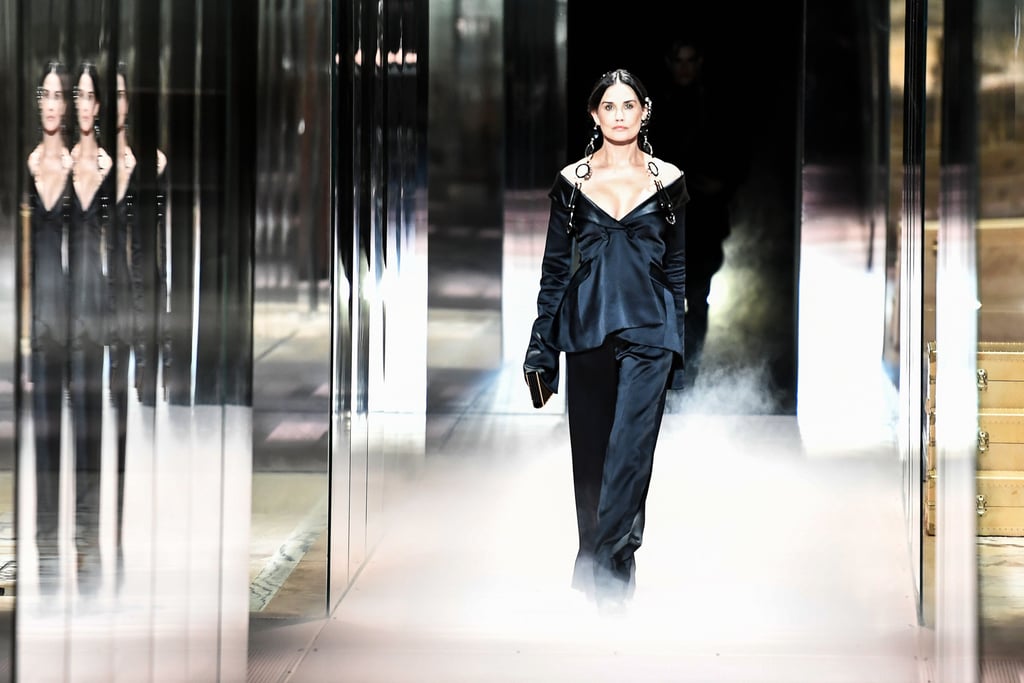 Kim Jones is starting at Fendi with a bang. The recently appointed womenswear creative director, who succeeds the late Karl Lagerfeld, presented his debut collection for Fendi Couture spring/summer 2021 that boasted an all-star model lineup — including Demi Moore, Bella Hadid, Naomi Campbell, Christy Turlington, Cara Delevingne, Adwoa Aboah, Lila Moss, and mom Kate Moss. The tight edit of 19 looks included some pieces we'll be thinking about well after Haute Couture Fashion Week, but Demi Moore took to the catwalk in a chic black set, and her appearance is getting plenty of buzz.

The collection was inspired by the romantic and creative relationship between Virginia Woolf and Vita Sackville-West who fell in love in 1922, and then Sackville-West inspired Woolf's novel Orlando: A Biography. Woolf's son described Orlando: A Biography as "the longest and most charming love letter in literature, in which [Virginia] explores Vita, weaves her in and out of the centuries, tosses her from one sex to the other, plays with her, dresses her in furs, lace and emeralds, teases her, flirts with her, drops a veil of mist around her" — and that is essentially what Jones envisioned for Fendi's new era.

Ahead, get a closer look at Demi's look, and scope out some more of the collection, too.