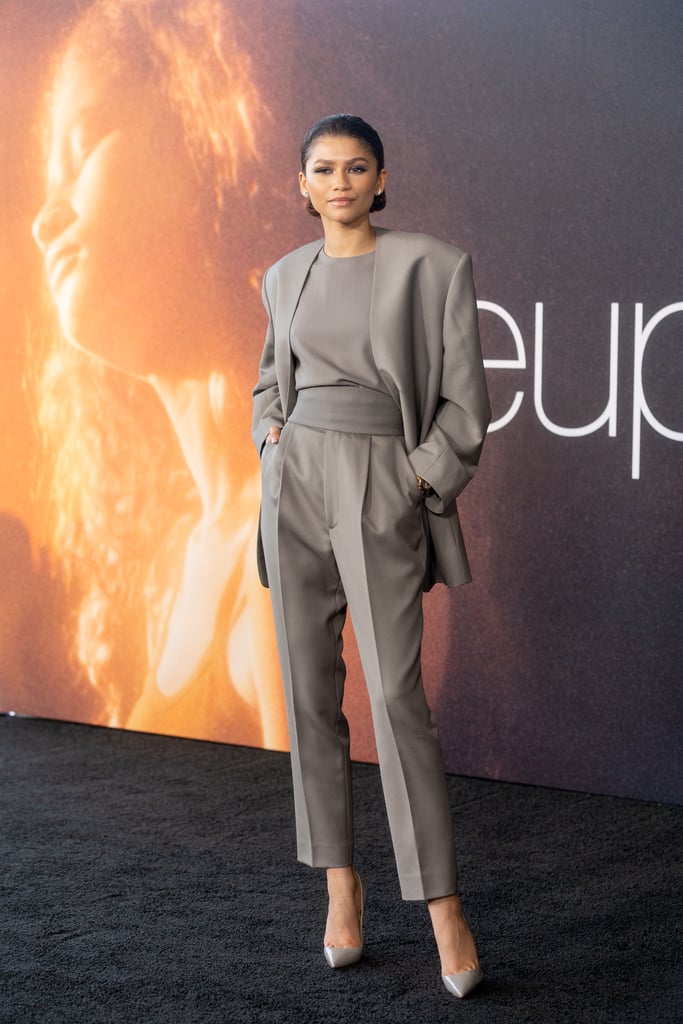 The "Euphoria" Cast Mostly Dressed Like Their Characters at the Reunion

Shortly after the season two finale, most of "Euphoria"'s core cast — including Zendaya, Hunter Schafer, Alexa Demie, Sydney Sweeney, Maude Apatow, Barbie Ferreira, and Jacob Elordi — reunited in Los Angeles on April 20. Given the show's influence on all things style, it was of course a fashionable affair. As with their onscreen outfits, the actors' sartorial choices delivered — from Zendaya's striking suit to Schafer's oversize minidress. In fact, we bet their characters would approve of their looks — with Zendaya presenting the red carpet version of Rue's winter formal outfit; Schafer keeping up with Jules's experimental style; Demie showcasing a glamorous gown Maddie would try on while babysitting; Ferreira staying true to Kat's grunge-inspired wardrobe; Sweeney baring cleavage in a plunging top Cassie would wear in a heartbeat; and Apatow looking polished in a similar fashion to Lexi's play costumes.

Zendaya embraced power dressing in a gray tailored ensemble consisting of a buttonless blazer with '80s-style padded shoulders and a relaxed high-neck blouse, which was folded over a belted sash placed atop loose-fitting yet super-chic trousers. This monochrome statement was curated by the star's longtime image architect, Law Roach, who turned to Jerry Lorenzo's label Fear of God for the occasion. Completing the single-color theme, Zendaya added height with patent leather pumps by Christian Louboutin. Minimal square diamond studs embellished her ears, while a couple rings were visible on her hand — all from Bvlgari High Jewelry diamonds collection. Schafer, who's also one of Roach's clients, opted for a dark color palette in a voluminous black Maison Margiela minidress. In an Instagram post, Schafer called the avant-garde silhouette "a kite," a fitting description as the dramatic sleeves truly gave the impression she could fly. She finished with matching mid-calf square-toe cowboy boots and kept accessories simple with round diamond studs.

Demie kept to her gothic-inspired style, stepping out in a shimmery vintage black gown from Norman Norell. Featuring a high neck, long sleeves, a column skirt, and a keyhole back cutout, the textured design exemplified retro glamour. Black was a popular choice that evening as it was also spotted on Ferreira, Sweeney, and Elordi — who wore a sleeveless caftan-style dress, an Alexander McQueen suit, and a Prada outfit, respectively.

Apatow, however, stood out in a chartreuse-and-pink corseted look by Versace, injecting some color into the red carpet. So did newcomer Chloe Cherry, who put her signature Y2K-inspired style on full display.

While you wait for "Euphoria" season three, enjoy the fashionable reunion ahead. 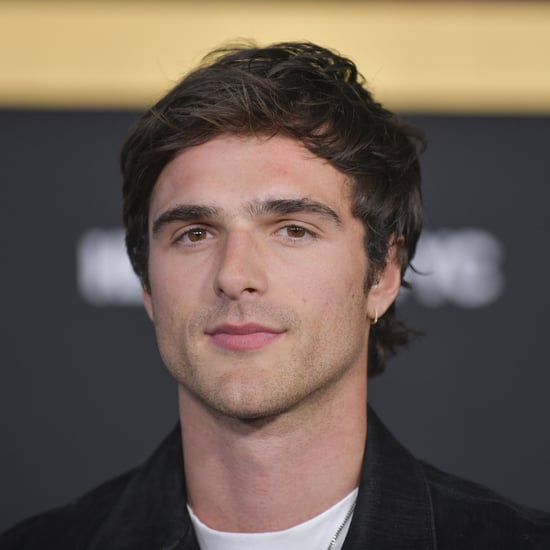