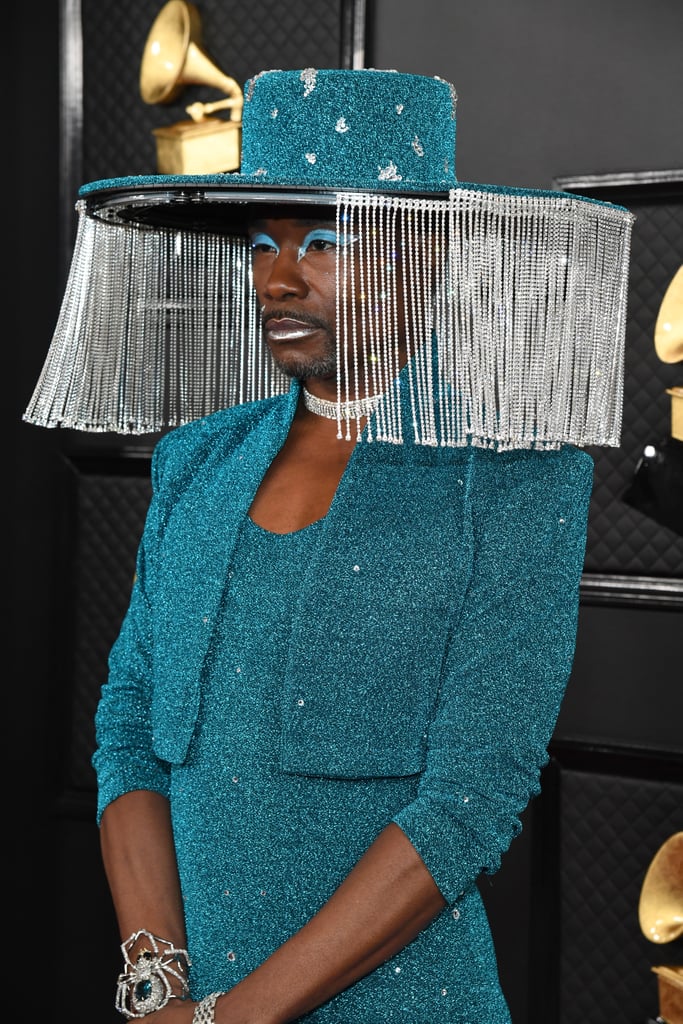 Billy Porter knows how to make a freakin' entrance — and fuel a hysterical meme in the process. The actor and Pose star arrived to the Grammys wearing a shimmery blue Baja East jumpsuit and matching wide-brim hat that featured retractable fringe — yep, the dripping crystals dramatically opened like a glitzy curtain to reveal Billy's stunning metallic makeup. As soon as Grammys viewers saw Billy's bedazzled fringe — which was remote-controlled by his stylist, Sam Ratelle — in action, it became the source of the internet's new favorite meme. So far, Twitter users have paired footage of the motorized hat with phrases like "me when I arrive to the club" and "me when someone asks to hangout after 8 pm," and those are only the tip of the (hilarious) iceberg. Please enjoy all the funniest tweets so far ahead.