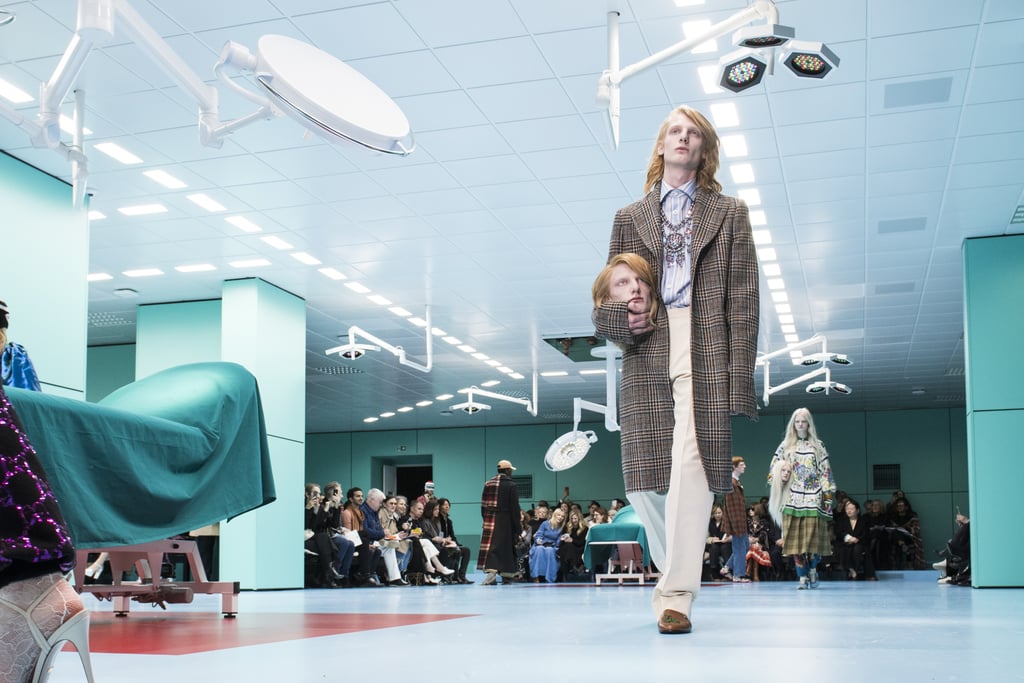 Gucci creative director Alessandro Michele brought us back to his controversial 2018 runway show in an interview with 60 Minutes, where he addressed his idea to have models carry wax replicas of their own heads. Most will remember when brand muse Jared Leto repurposed the move at the 2019 Met Gala, but Michele took us back to the origin of the concept. "I was in the crazy idea that when you are a teenager you are growing," he said. "You have to care about your personality. It was like a way to say that you were carrying yourself. It is not easy, you know? Because sometimes you try to be someone else."

When asked if the theatrical display was meant to spark shock value, he said: "It's not for that reason. I feel not shocked from these kinds of things. . . . It was much more to talk about our lives. It's just an experiment. I think that fashion is such a great stage to experiment." Michele tapped artisans at Rome-based factory Makinarium to bring life to the heads, which took six months to create through the use of molds, 3D prints, and scans.

While at the time, many people were confused by the presentation that took place in a surgical room — meant to reflect young people cutting and shaping their identities — others were rightly concerned about the cultural appropriation of turbans on the runway; they are part of the Sikh religion and a symbol of faith and spirituality. Ahead, you can watch a snippet of Michele talking about the collection that made headlines, then see some stills from the catwalk and Leto's ode to the Gucci metaphor on the red carpet.