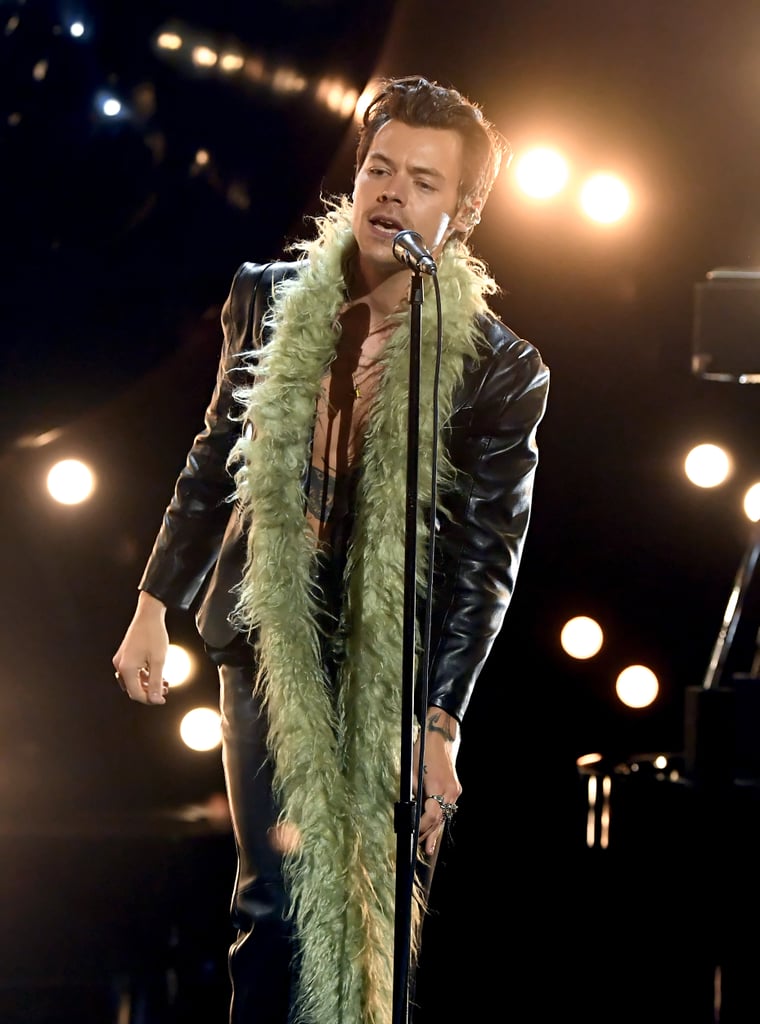 If you heard a distant, audible gasp from miles away shortly after 8 p.m. EST on Sunday, don't worry — it was just me reacting to Harry Styles's outfit at the 2021 Grammys. The singer kicked off the award show by performing his hit song "Watermelon Sugar" in an entirely leather suit — with no shirt underneath — and a floor-length boa draped over his shoulders. Do you understand the source of my aforementioned gasp now?

About halfway through his performance, Harry ripped off his fuzzy Grinch-esque scarf to reveal that he was, indeed, shirtless and ready to show off his tattoos. Kudos to him for braving the undeniable sweatiness that likely ensued from all that leather-on-skin action! No shocker here, but Harry's Grammys look is by his go-to brand, Gucci, as his stylist, Harry Lambert, shared on Instagram. He finished the outfit with his usual collection of chunky rings, a pair of heeled loafers, and a rather NSFW necklace. Read ahead to admire the scene-stealing ensemble from all angles, and then relive Billie Eilish's "same"-worthy reaction to his staging.