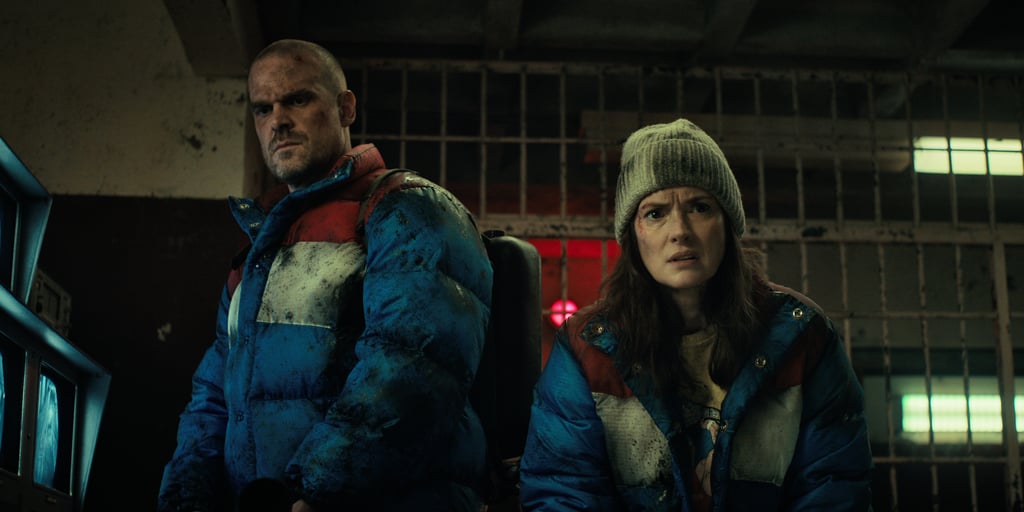 A Reddit user by the name of sistersiren recently posted in the "Stranger Things" subreddit, "Fun detail: Joyce and Hopper are always wearing matching outfits in finale episodes." In season one, it was hazmat suits; in season two, it was scrubs; in season three, it was Russian uniforms; and in season four, it was yellow t-shirts and puffer jackets. Technically speaking, Joyce and Hopper's coordinating scrubs moment actually happens during season two's second to last episode, rather than the finale, but close enough, right?

It's unclear if "Stranger Things" costume designer Amy Parris planned for the characters to sport matching outfits from the get go or whether it's a mere coincidence. Either way, it's making fans believe Joyce and Hopper have been endgame from the start, despite the many twists and turns of their slow-burning romance. What will the lovebirds wear in the final episode of "Stranger Things" season five? Perhaps coordinating wedding outfits as they tie the knot? While we wait to find out, look back on Joyce and Hopper's matching costume moments from the first four seasons.