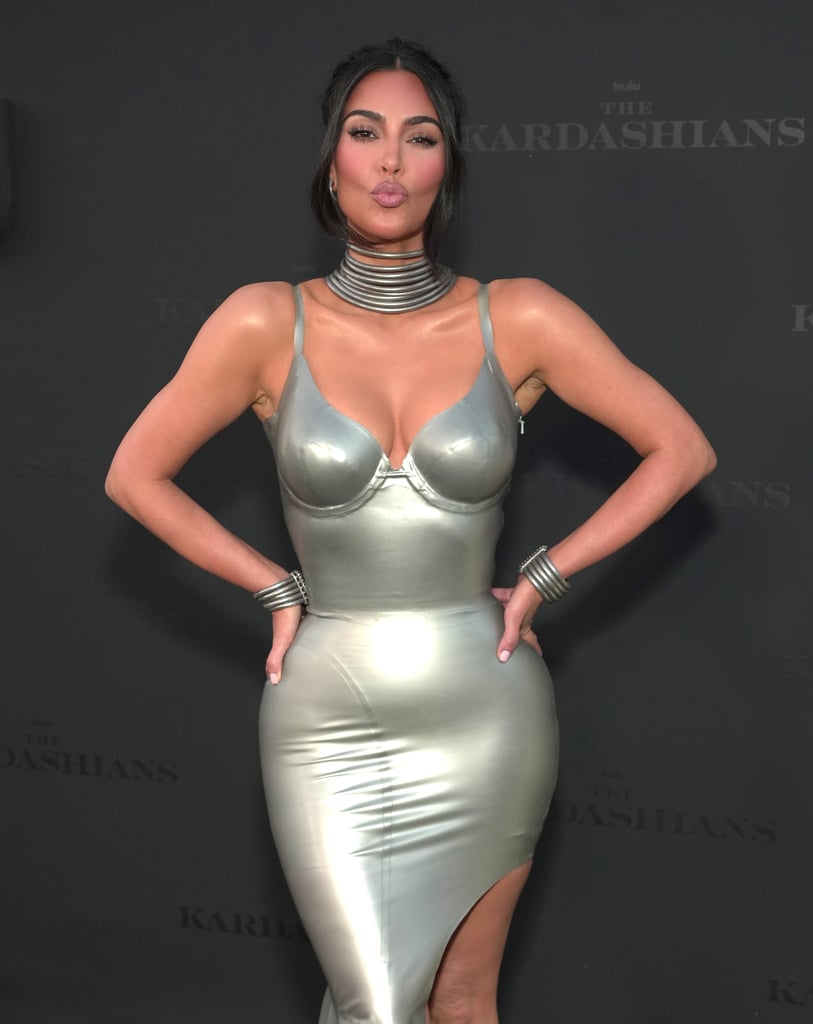 Kim Kardashian Pulled Off the Micro-Thong-Bikini Trend on Instagram

In a 13-part Instagram Story, Kim Kardashian modeled new Skims pieces from her upcoming drop, giving her audience all the shopping envy. "I am so excited to announce 'Swim' and making towels that match everything," she began, referring to the products unveiled in a campaign released on Monday, July 25, starring Madison Bailey, Paris Jackson, and Bella Poarch. "We had our core nudes and black on our first drop," she continued. "We're always going to add some new colors, so instead of the blues, we're going to add white and pink with the matching towels and all of the styles."

With that said, the try-on haul began, showing the reality star and Skims founder in the tiniest swim separates. First, there was a white string-bikini set consisting of a triangular top and matching bottoms. Then came along the boldest style in the selection: a micro thong, which Kardashian rode over her waist. "This is one of our new styles," she said. "The micro tanga bottom and the micro triangle top."

Shortly after, she modeled another way of wearing it, which was lower on the waist and with a bit more coverage. Next, she put on a cropped swim T-shirt over the bra, presenting an effortlessly cool beach look. The 41-year-old star continued, "White swimwear could get a little sheer. Our fabric is nice and thick and holds you in and it's great, but it will get a little sheer. So, layer or be prepared."

Ahead of the collection drop on Thursday, July 28, view the business mogul in action, and see what three POPSUGAR editors think of their Skims swimsuits.