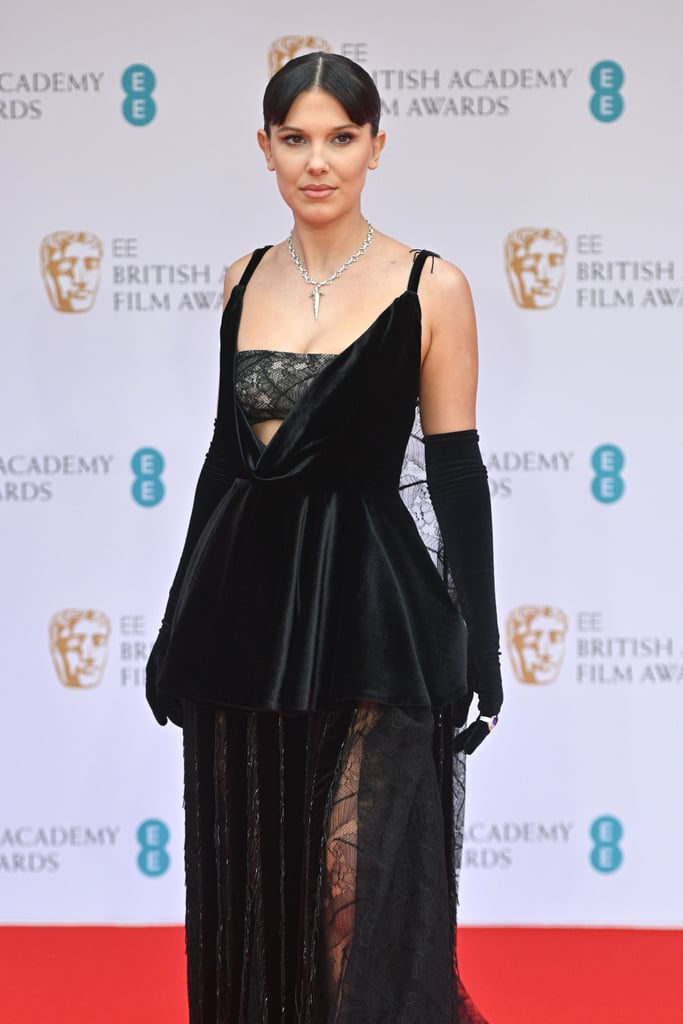 Millie Bobby Brown brought the drama for her first-ever BAFTA Film Awards appearance on March 13. The "Stranger Things" star wore an intricate velvet and lace dress while making her red carpet debut with boyfriend Jake Bongiovi at the award show in London. Custom-made by Louis Vuitton creative director Nicolas Ghesquière, her black gown featured a plunging velvet minidress layered over a lace bandeau, plus a lace skirt that extended all the way to the floor and a sheer flowing train. Both the skirt and train were lined with strips of black beaded fringe for subtle sparkle and movement.

Brown and fashion stylist Michelle Kelly leaned into the goth theme while selecting the actor's accessories for the evening. They opted for a silver chain necklace with a diamond-encrusted dagger pendant, black Giuseppe Zanotti platform heels, and velvet opera gloves, the last of which are retaining their popularity after becoming a major red carpet trend last year. The sole pop of color in Brown's look was a massive purple pear-shaped stone ring, which she slipped over her left glove. Meanwhile, Bongiovi wore a Fendi suit with a bow tie, heeled laceless loafers, and a Ukrainian flag pin on his lapel.

Brown's personal style has proven to be quite versatile in recent years. While celebrating her 18th birthday a few weeks ago, the beauty-brand founder wore one of her most glamorous looks yet: a cutout sequin gown by Sabina Bilenko Couture. For past red carpet appearances, she's worn everything from a white Louis Vuitton dress with trousers to a pink sequin Calvin Klein minidress with Converse sneakers. Read ahead to admire her latest style moment from every angle, and then catch up on what other celebrities wore to the star-studded BAFTAs this year. 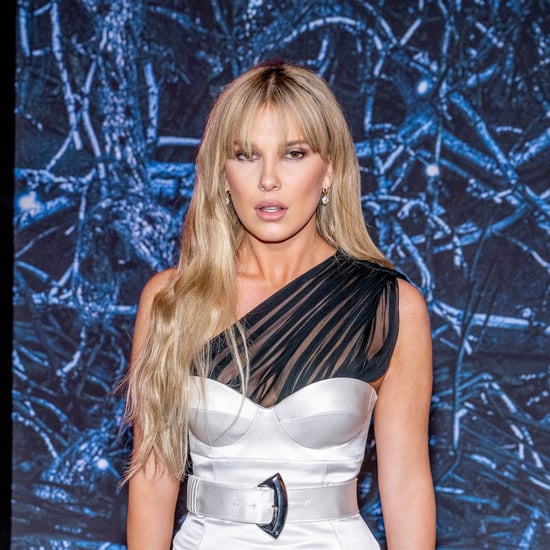