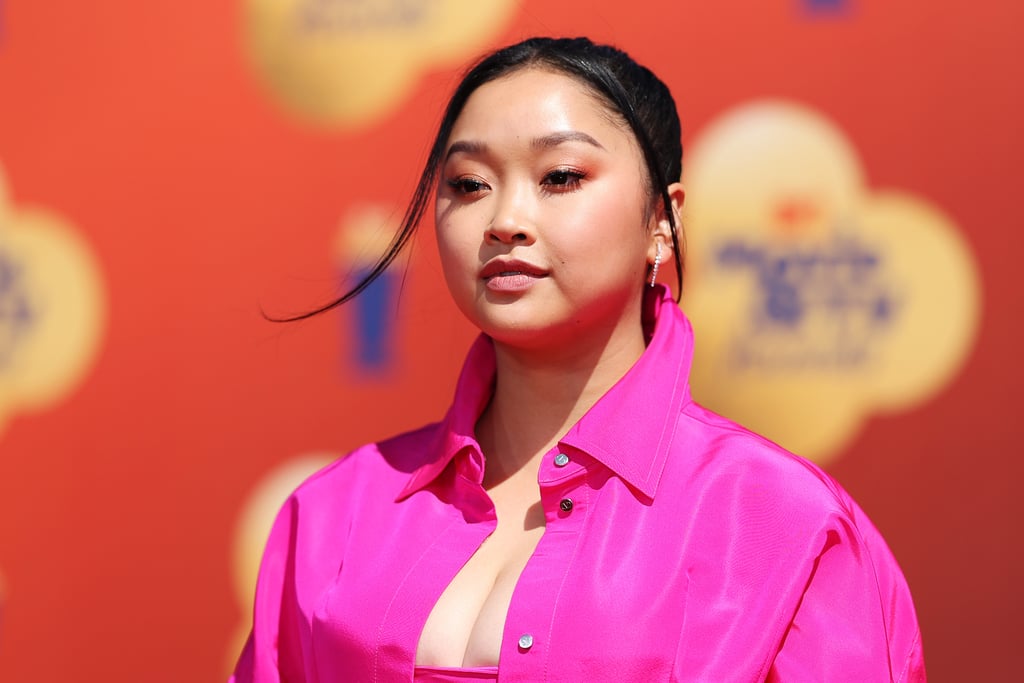 The 2022 MTV Movie & TV Awards brings together a host of celebrities in film and television at The Barker Hangar in Santa Monica, CA. If last year's in-person festivities were any indication, the stars are continuing to bring their A game, creating a visually pleasing red carpet. With Madison Bailey's vibrant Versace skirt and Lana Condor's bedazzled Armani Gown from 2021 still in mind, we eagerly await more breathtaking designs this year.

Vanessa Hudgens is the host of the live ceremony, and she stunned in a Vera Wang cobalt blue off-shoulder dress with a flowing train. The "Say Ok" singer and her costar Andrew Garfield are nominated for the Best Musical Moment statue for their rendition of "Therapy" in the Netflix movie musical. Garfield himself is up for a few nominations tonight, most notably for his role in "Spider-Man: No Way Home."

Meanwhile, Zendaya is nominated for portraying Rue in HBO's "Euphoria," and her costars Hunter Schafer, Dominic Fike, and Sydney Sweeney are also up for an award for their work on the same show. Elsewhere, Jennifer Lopez will take home the MTV generation award, which "celebrates beloved actors whose diverse contributions to both film and television have turned them into household names."

The night will certainly be filled with head-turning celebrity style moments as the stars grace the red carpet in glamorous ensembles. Ahead, see every arrival at the 2022 MTV Movie & TV Awards, and check back for updates on outfit details throughout the night.