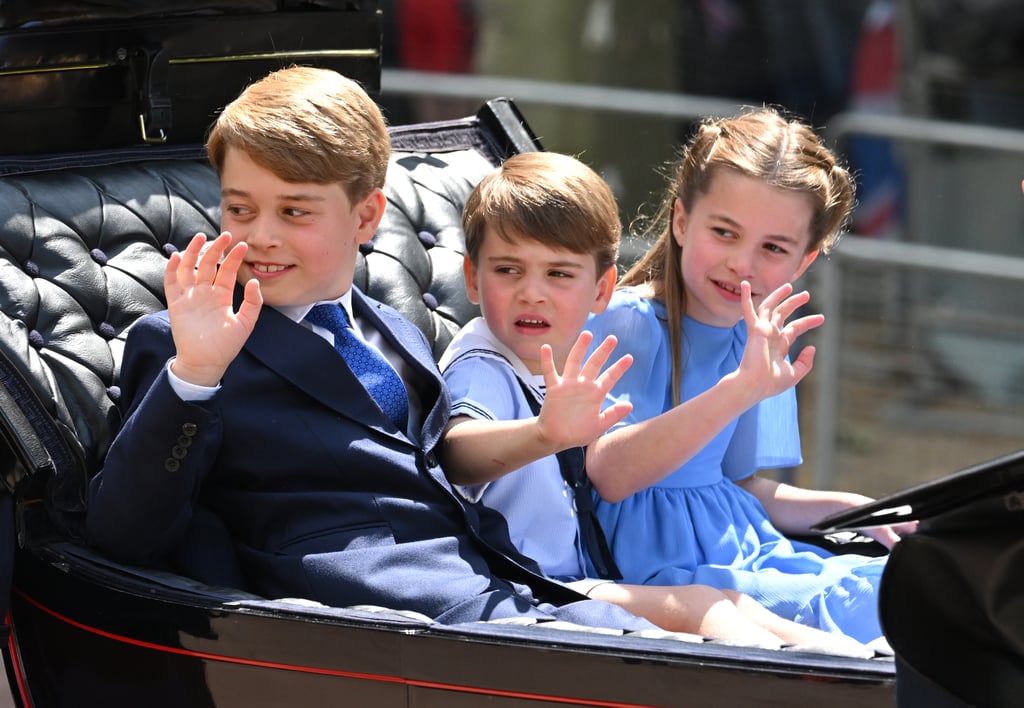 Royals keep quite the fashion archive. The Cambridges and Sussexes often borrow jewelry and clothing items previously worn by family members, and at Trooping the Colour on June 2, it was Prince Louis who sought inspiration from the past. In honor of his first carriage procession during the annual military parade, which this year kicks off Queen Elizabeth's Platinum Jubilee celebration, the 4-year-old wore a sailor suit similar to the one his dad, Prince William, wore at Trooping the Colour in 1985, when he was just 2 years old.

In sweet photos from the event, Louis, the youngest child of William and Kate Middleton, waved with his siblings as the carriage made its way from Buckingham Palace to Horse Guards Parade and back again. The 1985 parade, which saw William in the same sailor suit, was a significant one for the family, as it was Prince Harry's first Trooping the Colour. Funnily enough, for his first Trooping the Colour appearance in 2019, Louis wore a blue-and-white outfit resembling the same one Prince Harry wore to the parade in 1986.

As for his siblings, Princess Charlotte wore a periwinkle Patachou dress, and Prince George wore a navy suit. William, meanwhile, was in his red military regalia, and Middleton wore a white Alexander McQueen coat pulled from her closet, which she paired with a navy Philip Treacy hat and Diana's sapphire earrings. Prince Harry and Meghan Markle also came to London for the occasion: Harry wore a navy suit, and Markle wore a navy off-the-shoulder dress and a wide-brim Stephen Jones Millinery hat.