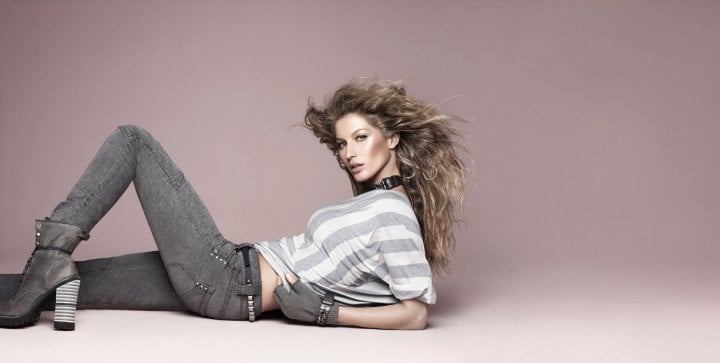 >> Eight weeks or so after she gave birth to son Benjamin, Gisele was joined by David Sims for a Colcci campaign shoot in Boston — her first post-pregnancy shoot. A reporter on set at the time noted that Bundchen appeared "in shape as always," but Gisele said that after taking a break from modeling for four months, she was "pretty worried about if I still could do everything . . . For the first picture I was feeling lost. After the second picture there were no problems anymore, I’m starting to feel comfortable with my body again." The full campaign just hit the web, for your viewing pleasure.