Weighing 310 pounds at her heaviest, it wasn't until Jordaan Spark was looking through holiday photos in January 2015 (Jan. 6, to be exact) that it hit her. "I just was in shock of what I saw. I knew I was bigger, but I didn't know I was THAT big," she told POPSUGAR. That was the day her weight-loss journey began. Jordaan has dropped an impressive 160 pounds since and has gone from a tightly fitting size 26 in jeans to a size six. 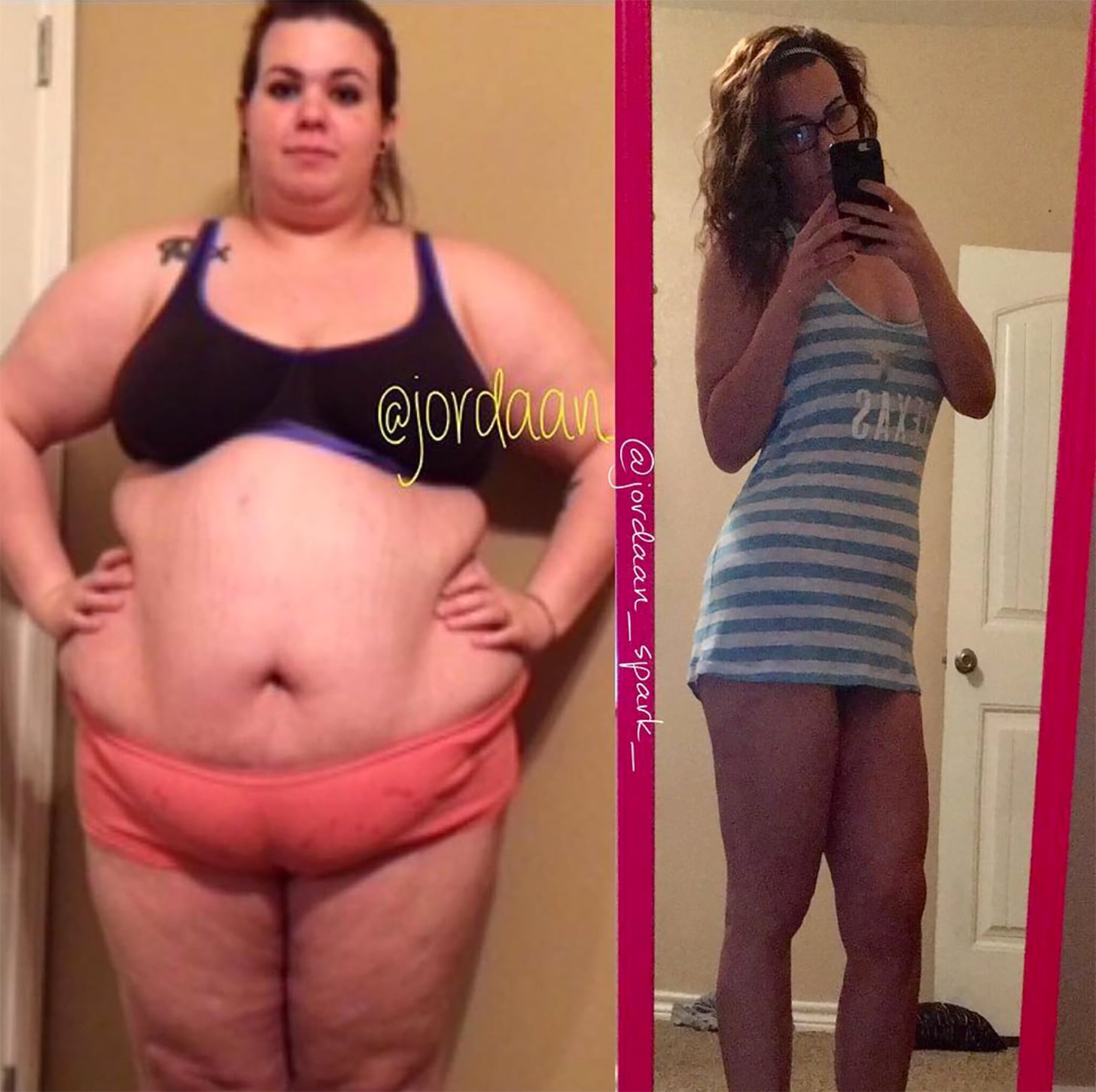 To lose the weight, Jordaan focused on changing her eating habits, exercising here and there. By playing around with a lot of different dieting concepts, Jordaan was able to figure out what worked best for her: low-carb. She also cut out junk food like chips, sweets, soda, and fast food.

Jordaan also had lap band surgery six months after starting her journey, but she says that it didn't affect anything. She could still eat as much as she used to and was still hungry constantly. "The nurse said there was two percent of people that the lap band doesn't work for," Jordaan said. "She thinks I am one of those two percent."

As far as working out went, Jordaan says, "I started by doing little exercises around the house that I found on Pinterest that had minimal impact on my joints," such as wall sits, planks, and crunches. "From there, I started doing at-home workout DVDs, and then felt comfortable enough to go outside and walk/run." Surprisingly, she says, "I don't work out anymore. I have two jobs and two kids that keep me plenty busy." 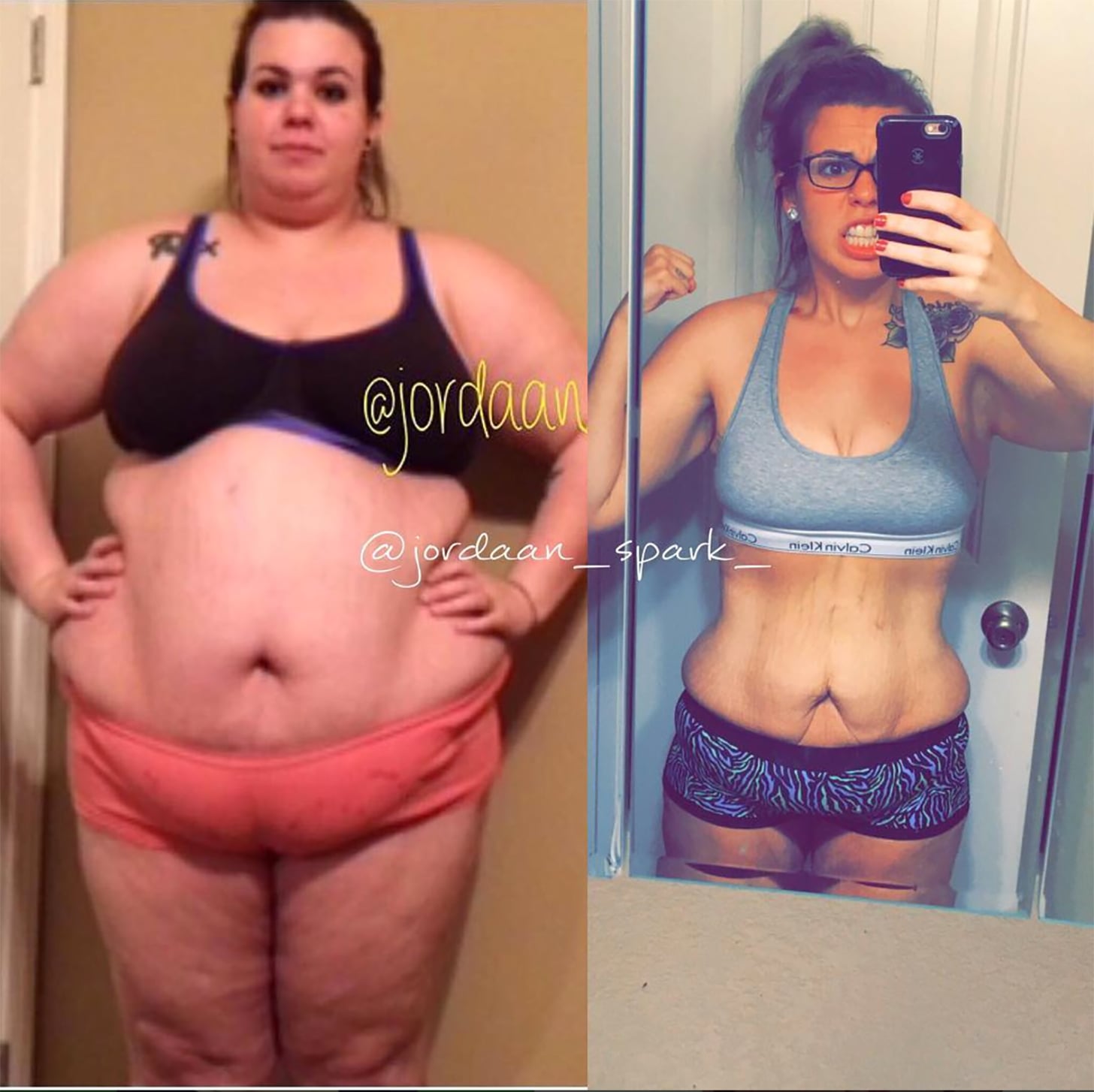 Aside from the number on the scale, one of Jordaan's favorite non-scale victories is people being able to pick her kids up. "I love it, it's an absolute confidence boost," she said. Jordaan also loves the freedom of being able to "go into any store and find my size, being able to do things such as jump on a trampoline without fear of breaking it." But more than anything, Jordaan credits her children for her success and motivation, citing them as the reason she decided to lose weight in the first place.

Related:
Tiffany Lost 65 Pounds in 1 Year By Ditching These 3 Foods

Jordaan says, "I love the Crockpot, so I find recipes that fit my low-carb diet and make them, and sometimes I'll have the leftovers for lunch the next day. I try not to snack, but when I do, it's usually on some nuts." 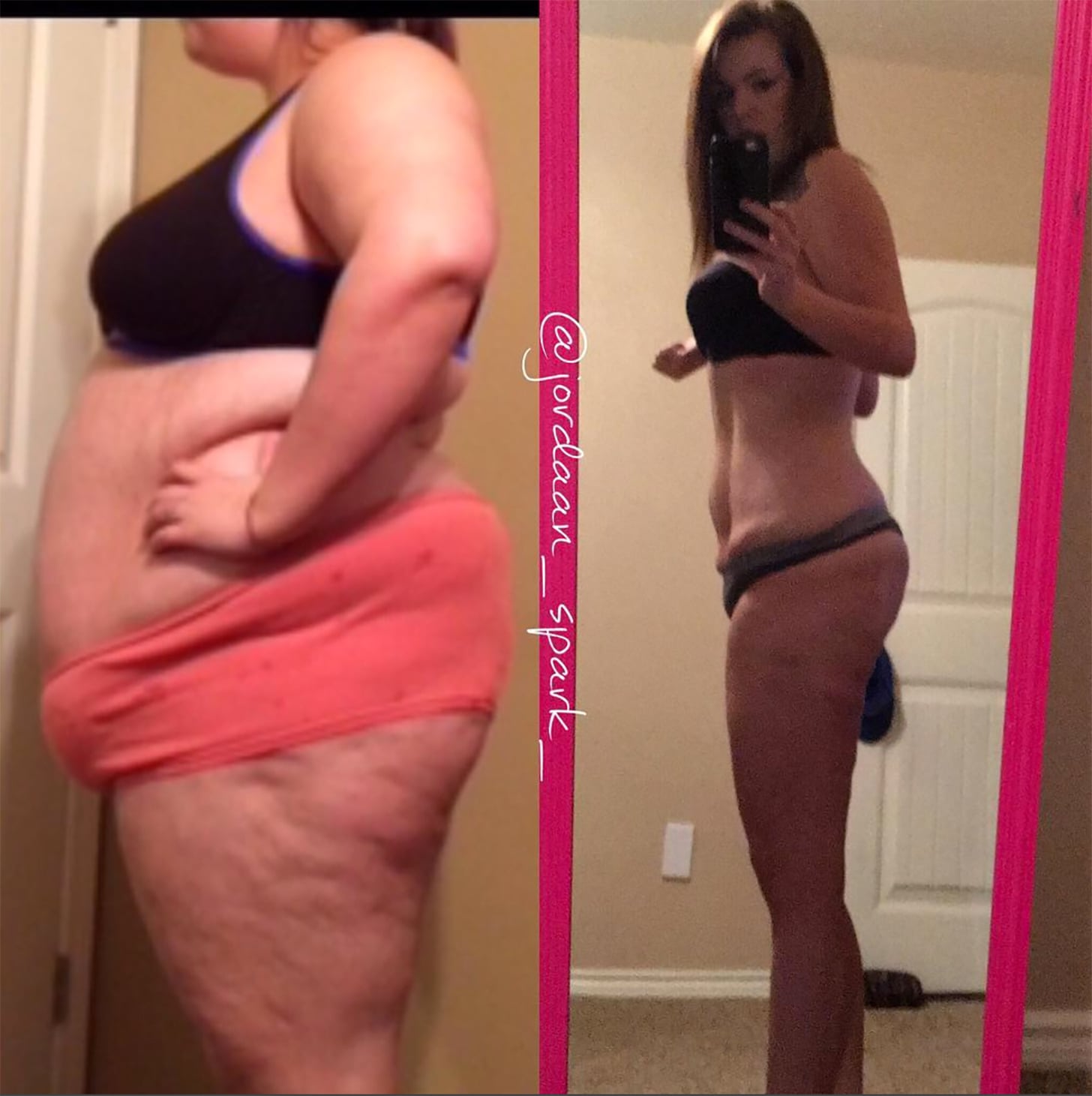 Jordaan shares that she got discouraged for a month, worried about her loose skin, but she says, "Do NOT let that fear stand in the way of your journey. I kept telling myself I can hide my loose skin really well. I couldn't hide being fat."

Since Jordaan has definitely been through the ups and downs of a weight-loss journey, we appreciate any advice she can share. She says, "When you get discouraged, don't quit, then you'll be back to where you were, wishing you were at where you're at now." 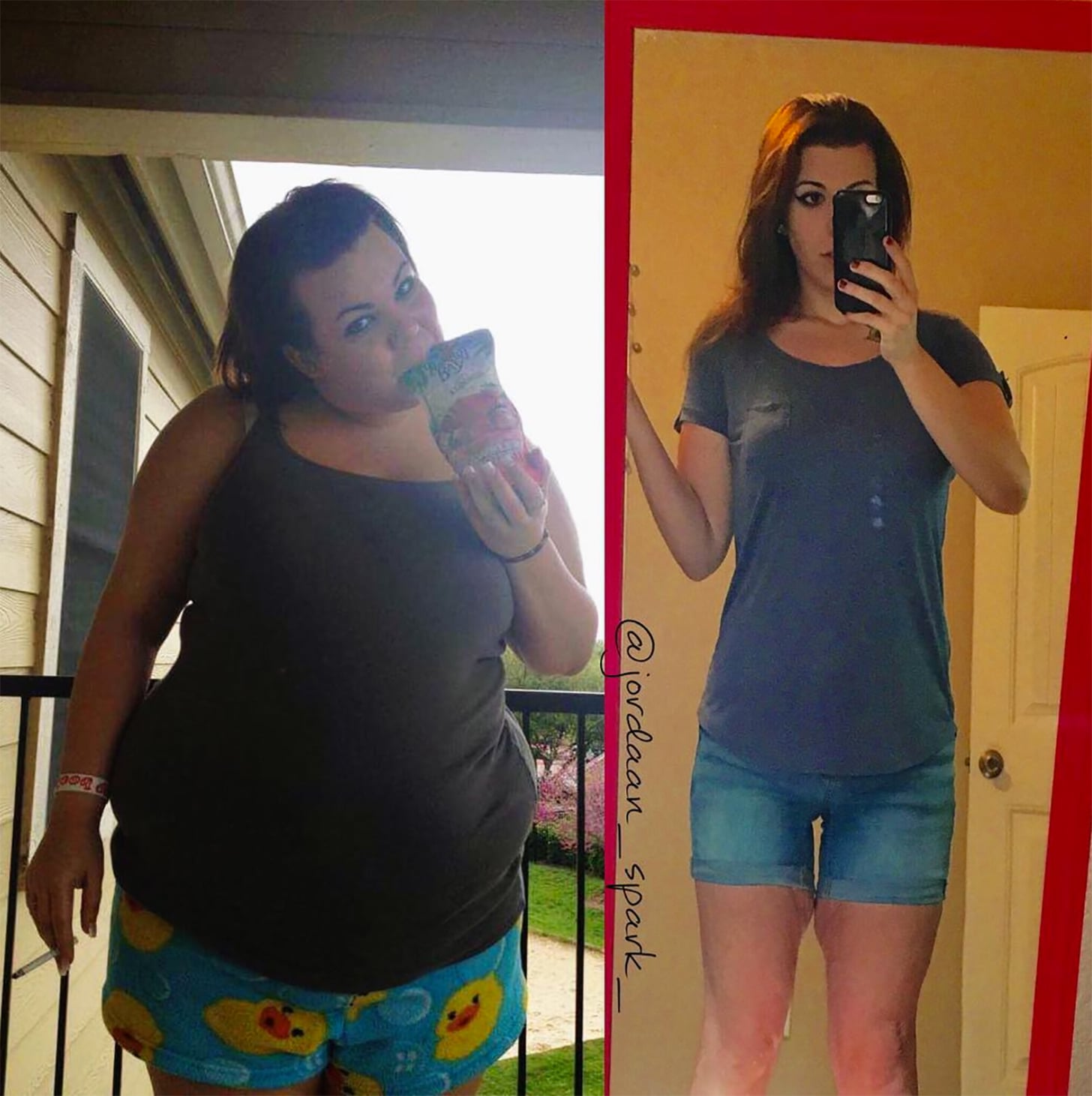 Weight Loss
If You Are Training For a Marathon and Gained Weight, a Dietitian Explains 5 Reasons Why
by Jenny Sugar 3 weeks ago

Weight Loss
If You're Looking to Lose Weight, Is TikTok's Lemon Coffee the Answer?
by Jenny Sugar 10/25