Arsenic in rice! Toxins in salmon! GMOs everywhere! Before you freak, find out which scares are worth your worry. Here's the real deal on food safety, thanks to our friends at Health. 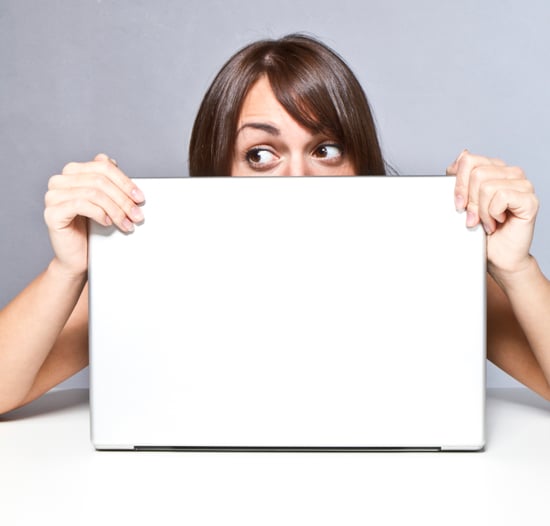 Practically everyone with an Internet connection has seen them by now: those links, often posted on Facebook by well-meaning friends, claiming that the foods we eat are filled with iffy chemicals and banned in every nation but our own. Rice seasoned with arsenic and sodas containing flame retardant sure sound hazardous, but are they really? We parsed the research to give you the bottom line on which foods are safe and which you should keep out of your cart.

The concern: Farmed salmon, particularly from the North Atlantic, has been found to contain toxins like polychlorinated biphenyls (PCBs) and dioxins, industrial pollutants in the food the salmon is given.

The verdict on farm-raised salmon: Skip (when possible)
The research: Scientists found that North Atlantic farmed salmon had up to eight times the concentration of certain contaminants compared with wild fish. Dioxins are a known human carcinogen, while PCBs have been linked to cancer in animals and may trigger it in humans. Research has shown that babies of women exposed to high levels of PCBs are more likely to have neurological problems.
The bottom line: Go wild when possible. But if you can't find it, don't skip salmon, says Walter Willett, MD, professor of epidemiology and nutrition at the Harvard School of Public Health: "While farmed salmon has some toxins, the nutritional benefits still outweigh the risks." Try these 20 heart-smart salmon recipes.

The concern: Nearly 90 percent of U.S. field corn has been genetically modified to kill insects or tolerate herbicides. GMOs are used to make the corn flour, cornstarch, corn syrup and corn oil typically found in processed foods. They're also used in many products containing soy (but usually not edamame and tofu) and in livestock feed. Animal research suggests a link between GMOs and weight gain; some experts believe they may contribute to food allergies.

The verdict on GMOs: Dig in
The research: No studies have definitively connected GMOs to any health problems in humans. Meanwhile, there is concern about GMOs, but it's not what you think: as pests have developed resistance to some GMO crops, farmers have had to go back to using pesticides. And exposure to pesticides has been connected to negative health effects, from eye and skin irritations to cancer. Fortunately, the EPA limits the amount of pesticides allowed on food.
The bottom line: GMOs are likely OK, based on what is known at this point. But if you're worried about your GMO load, buy organic whenever you can.

The concern: Rice plants absorb arsenic from the soil. A 2012 Consumer Reports study found that people who ate a serving of rice had 44 percent higher levels of arsenic than those who hadn't. Ingesting high levels of the element may be linked to cancers.

The verdict on rice: Dig in
The research: The FDA recently announced that it had found no evidence that the levels of arsenic in rice are hazardous to our health in the short term. More research is needed to understand long-term effects.
The bottom line: Experts say go ahead: "I wouldn't worry about consuming rice every day," says John M. Duxbury, PhD, Cornell University professor of soil science and international agriculture. Here are some brown rice recipes to try. But if you want to be extra cautious, eat a variety of grains, including basmati and jasmine rice, which generally absorb less arsenic than other varieties. And keep packaged foods (which can contain brown rice syrup) to a minimum. We'll keep you updated on developments in this research.

The concern: Fake sugar has been controversial ever since those little pink packets were linked to tumors in rats in the 1970s. More recent research suggests that artificial sweeteners may actually promote weight gain.

The verdict on artificial sweeteners: Dig in
The research: The FDA deems artificial sweeteners safe in normal doses — you'd have to drink about 17 cans of diet soda with aspartame daily to go over the limit. And the findings about weight gain are preliminary, stresses Judith S. Stern, ScD, professor emeritus of nutrition at the University of California, Davis.
The bottom line: Go ahead. While fake sugar may not help you in a quest to lose weight, a few packets a day — or a couple of daily cans of diet soda — won't harm you.

The concern: A chemical in flame retardant is in 10 percent of drinks sold in the United States, including some citrus-flavored sodas. Brominated vegetable oil (BVO), the suspect ingredient in these drinks, acts as an emulsifier. Animal studies in the '60s and '70s linked BVO, in very large doses, to thyroid, heart and reproductive problems. As a result, it's banned in Europe and Japan.

The verdict on citrus sodas: Dig in (in moderation)
The research: There's not yet any evidence that BVO is toxic in low doses. To be on the safe side, the FDA imposes a limit on the amount of BVO — no more than .0015 percent — in drinks. The only reported problems have been in those who drank huge amounts: One man who had been downing 2 to 4 liters of BVO-containing soda every day for several months showed symptoms of nervous-system trouble.
The bottom line: Unless you're drinking nothing but citrus-flavored beverages, BVO is unlikely to harm you. But that doesn't mean sugary drinks are the best health wise. If you love citrus, slice up a lemon and a lime, add them to a pitcher of water and guzzle away.

Want to steer clear of GMOs? Buy organic
The USDA prohibits GMOs in organic foods. Also helpful: Whole Foods Market is starting to require that products it sells indicate whether they have GMOs, and the restaurant chain Chipotle has begun flagging items that contain GMO foods. Expect this trend to continue — labeling bills or ballot initiatives have been introduced in 26 states, according to the advocacy group Food Democracy Now!.

Waiter, are there bugs in my yogurt?
It's true: Dried, crushed insects (called carmine or chochineal extract) are used as pink food coloring in some yogurts. Though these ingredients are safe per the FDA, a small number of us are allergic. Check the package — the FDA requires that these ingredients be identified on the label.

Read More:
10 Reasons to Give Up Diet Soda
Which Internet Food Rumors Are True?
Makeup Tricks That Take Off 10 Years