Finally a trending diet we can get behind, from our friends at Shape. 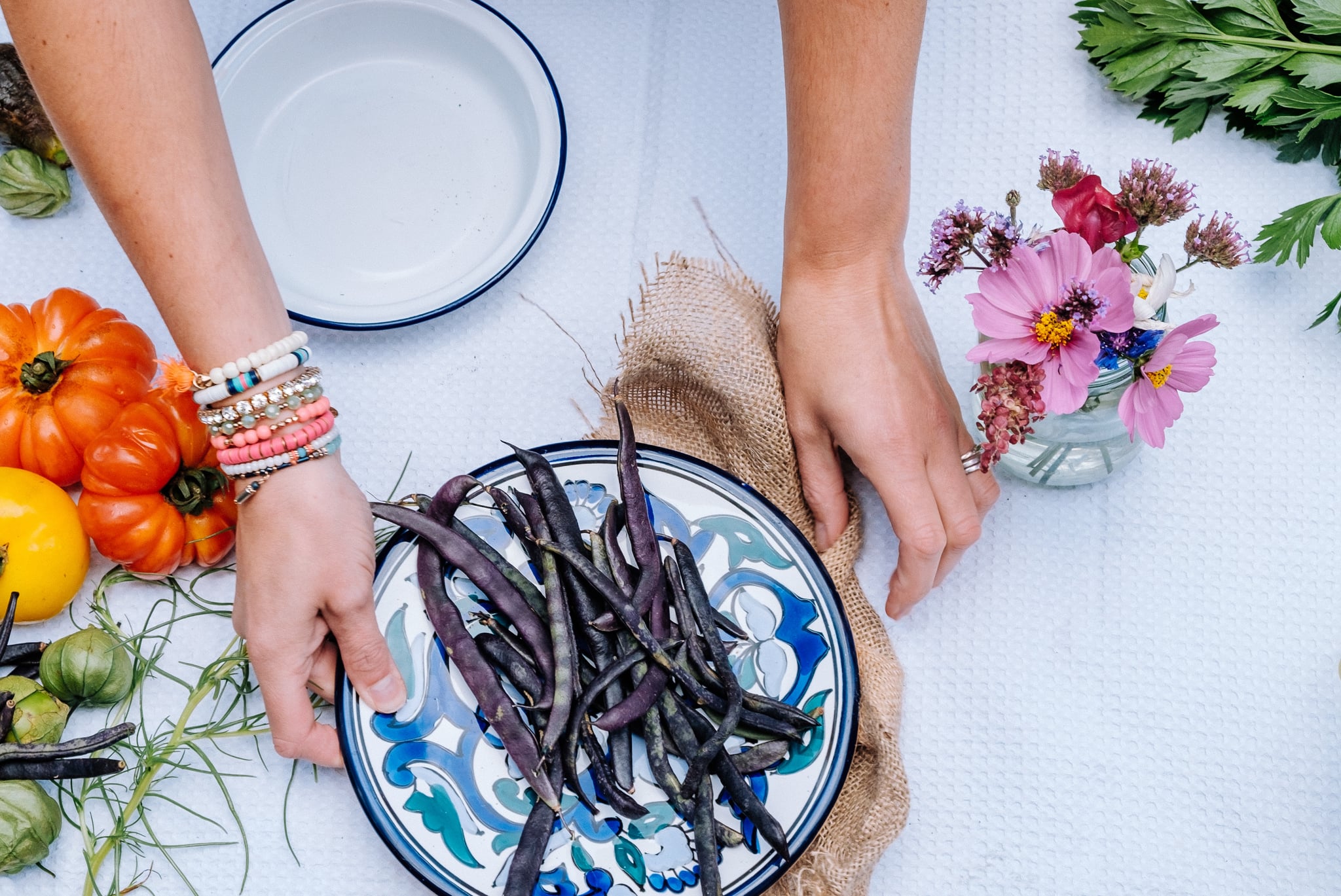 Pinterest is the place to go for fitspo images, healthy recipes, and even workouts, which makes it a familiar stomping ground for dieters. But there's been a funny thing circulating on the photo-sharing site: the rise of the "anti-diet." Pins related to the anti-diet jumped 42 percent in 2016, surging during the last few months, which was enough for Pinterest to name it one of the emerging wellness trends for 2017.

That's music to our ears. Why? Because people are finally understanding that you don't need to count every single calorie and meticulously measure portion sizes in order to shape up your diet. Eating well is not about banning entire food groups. It's about making peace with food, not giving it the power to control your daily life, and cutting yourself a break when you eat what you're craving. (BTW: All that dieting is ruining your relationship with food.)

As you've probably realized, the anti-diet is nothing like fad diets of the past. And while it could be considered "trendy" as of late, we hope it sticks around. So where did the anti-diet movement come from? There are a few contributors: body positivity, the push for inclusivity of women of all shapes and sizes, and even feminism in general. "We can characterize the anti-diet movement as a combination of women's rights and feminism sort of coalescing with women really pushing back on trendy diets and some of the things that seem really restrictive," says Bethany Doerfler, M.S., R.D.N., a clinical dietitian at Northwestern Memorial Hospital.

"The anti-diet is the most positive thing you can do for your well-being because it removes the stress that dieting puts on you," says Rebecca Scritchfield, M.A., R.D.N., H.F.S., a nutritionist and author of BODY KINDNESS: Transform Your Health From the Inside Out–and Never Say Diet Again. You know the stress she's talking about—your body is physically depleted because you cut your daily calorie allotment to scary-low levels, or you feel the need to burn off every calorie you've eaten, or you feel intense pressure as a result of the fat-shaming thoughts in your head.

Think of other trendy diets—we're not going to name names, but you know those kinds of diets that eliminate carbs of any kind or have you eating nothing but one food group and not much else. They're extremely restrictive and, let's be honest, way too rigid to stick with for more than a few weeks, max. The anti-diet, on the other hand, strips away the rules and also the emotions associated with eating, which could mean you'll eat less overall, but not on purpose. "When you diet, you actually crave the carbs and the sugars and the very things you're trying to avoid, and then you say, 'forget it,'" says Scritchfield. So you reach for one, two, three cupcakes when you've had a bad day, and then feel sidelined with guilt so you overcompensate the next day. It's an unhealthy cycle—and one we're all ready to break away from.

"The anti-diet takes a much more holistic approach to eating," says Doerfler. "You can maintain it for the long haul, not just for three or four weeks, which isn't sustainable."

The anti-diet is more realistic and is all about choosing foods that make your body feel good, says Scritchfield. Note that last part. The anti-diet isn't about giving yourself permission to live exclusively on junk food since that'll only make you feel sluggish. "No person is going to say, 'Oh yeah, I'm following the anti-diet so I'm going to eat a box of Twinkies,' because who is going to say that feels good in their body?" she says.

But if you're craving sweets, go ahead and have one Twinkie or one cupcake. Eat what feels right—no foods are on the no-no list. If you can't remember the last time you weren't on a diet, you'll need to retrain your brain from resisting cookies and croissants and whatever you've considered "bad" to prioritizing healthy, unprocessed, and whole foods. That subtle shift in philosophy can make all the difference. "It's much more empowering than when we think about what we can't have," says Doerfler. "As soon as you stop demonizing certain foods as being off limits, you suddenly feel less addicted to them."

This mindfulness as it relates to food has also contributed to the rise of the anti-diet. "To some degree, you could argue that the anti-diet movement is a call to slow down and really focus on what we're eating and how we're eating," says Doerfler. "It's trying to prioritize the self-love aspect of feeding your body good foods because it's empowering and nourishing." Being more present at mealtimes is essential for the anti-diet to be really healthy, she adds. "If you're distracted and you say no food is off limits, you could easily eat way past your comfort zone," she says. So the classic mindful eating practices—listening to your body cues and eating only when you're truly hungry and taking the time to enjoy meals versus scarfing down takeout in front of your laptop—can keep you from going overboard.

Both Doerfler and Scritchfield feel this is a diet "trend" that'll stick around. "It's based off solid, old-fashioned healthy eating," says Doerfler. "It feels trendy because we've gotten so far away from it, but when you really drill down to it, these are the principles of basic self-care—eating good food and listening to your body." The anti-diet is safe and doable for essentially everyone who doesn't have an allergy or sensitivity to certain foods, and Doerfler says people who are prone to compulsive or addictive eating behaviors may also benefit from more structure found in old-school "diets."

But this flexible, do-what-feels-good mentality could and should extend to other aspects of your life—exercise, sleep, and stress management, for instance. "It's a wellness umbrella," says Scritchfield. And it's about damn time we all get under it.

More from our friends at Shape:

Healthy Living
This Weighted Blanket Is Heated, and OMG, Where'd My Stress Go?
by Jenny Sugar 9 hours ago

Healthy Living
From HIIT to Yoga, Here's How to Work Out, According to Your Menstrual Cycle
by Lauren Pardee 14 hours ago