Izzie Kennedy was diagnosed with a rare liver disease at just 14 years old, and her doctor told her that drastic weight-loss measures were necessary to save her life. 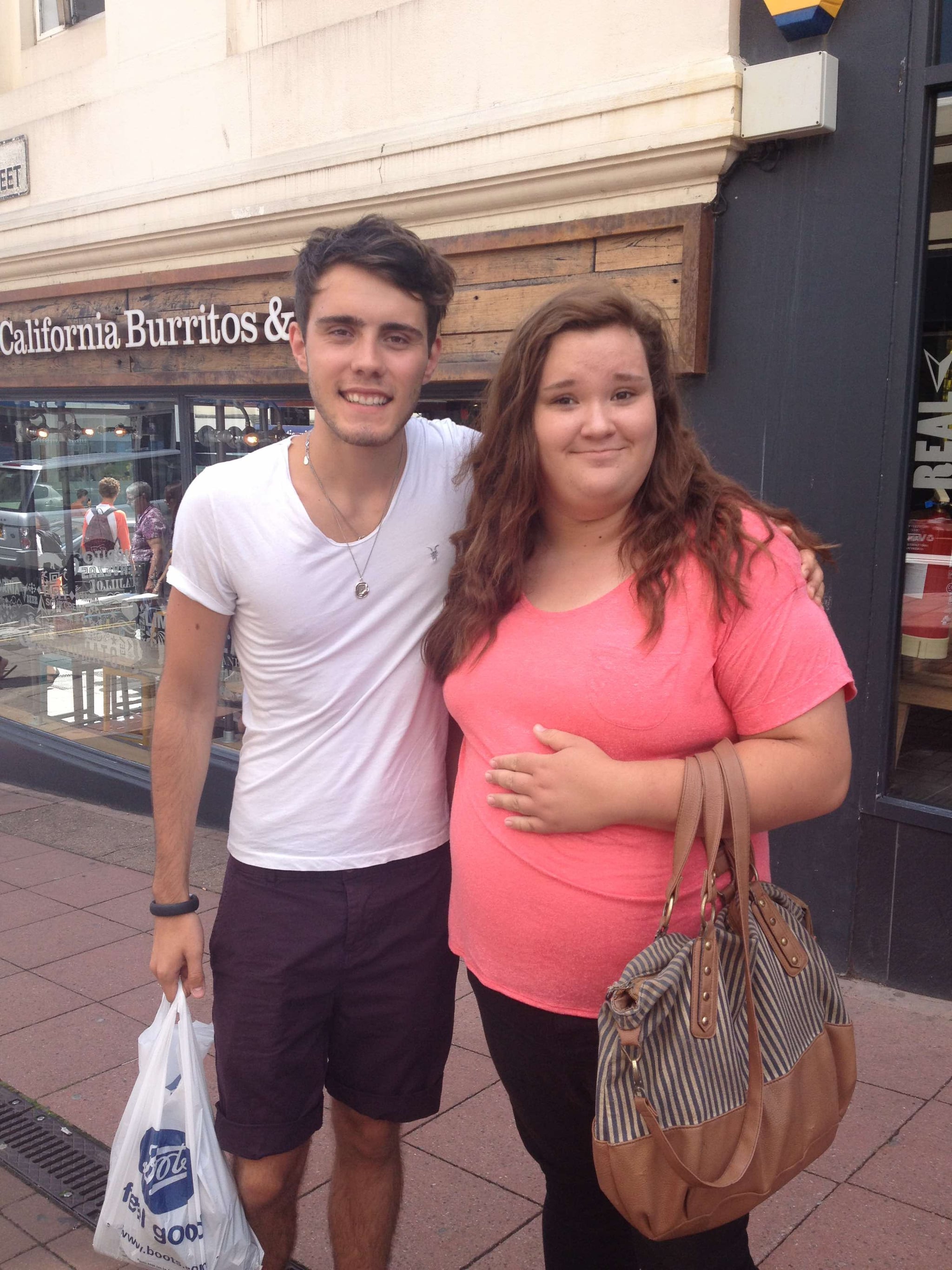 Instead of opting in for surgery, Izzie turned to her mom for advice — she introduced her to a weight-loss program called Slimming World, which changed the course of her life for the better. With this program, alongside a more active lifestyle (with simple movements!), she was able to get healthy and combat her liver disease.

POPSUGAR: What made you decide to start your weight-loss journey?

Izzie Kennedy: At the age of 14, I was diagnosed with a form of liver disease, which I was told could be greatly improved by losing weight. The doctor at the hospital informed me that unless I took measures to significantly reduce my weight, the next step that would be considered was weight-loss surgery. While I recognize this is an option for lots of people, for me personally, this acted as the real trigger for beginning my weight-loss journey, as I didn't want to undergo such a life-changing operation at such a young age.

During middle school, I had turned to food for comfort as a way of coping through a difficult family separation. On my way home from school, I would buy things like biscuits and sweets from the local shop and simply eat to eat, which at the time seemed to offer some form of solace. This was the time that my weight began spiraling out of control, and in the five years I was at middle school, I gained around 112 pounds, weighing around 290 pounds by the age of 15.

PS: What drew you to Slimming World specifically?

IK: My mom joined Slimming World with a friend. After a few weeks of seeing the amazing variety of foods she was eating and the fact she was losing weight too, I decided it was something that I could try, so I joined a few weeks later. It was the best decision I've ever made! My mom has also lost over 70 pounds now so we've been through the journey together.

"At my biggest, I couldn't even walk for more than a minute due to various health conditions complicated by my weight. Now, I tend to get in over 10,000 steps per day!"

I had been seeing various doctors since the age of 4, as my mom had growing concerns about my increasing weight. No matter what dietary advice we were given, by general practitioners or dietitians, nothing seemed to work, as I couldn't cope with the feeling of being deprived — something I have genuinely never felt with Slimming World.

The reason that I believe this program worked for me is due to the fact that it fit in so well with our family lifestyle. We could still enjoy our family favorite meals, like roast dinners and spaghetti bolognese, without having to make separate meals for each person. Also, the fact that I could still satisfy my sweet tooth by having a treat like a small candy bar each day meant that I always went to bed feeling satisfied.

PS: What's your favorite way to work out?

IK: I have a beautiful Labrador called Millie, who I love to walk for miles and miles a day with my friends at the beach. At my biggest, I couldn't even walk for more than a minute due to various health conditions complicated by my weight. Now, I tend to get in over 10,000 steps per day!

IK: I don't really do any form of really strenuous exercise, so it's mainly just walking and running. During stressful periods in my life — for example, taking my exams — I find running to be a great stress reliever! 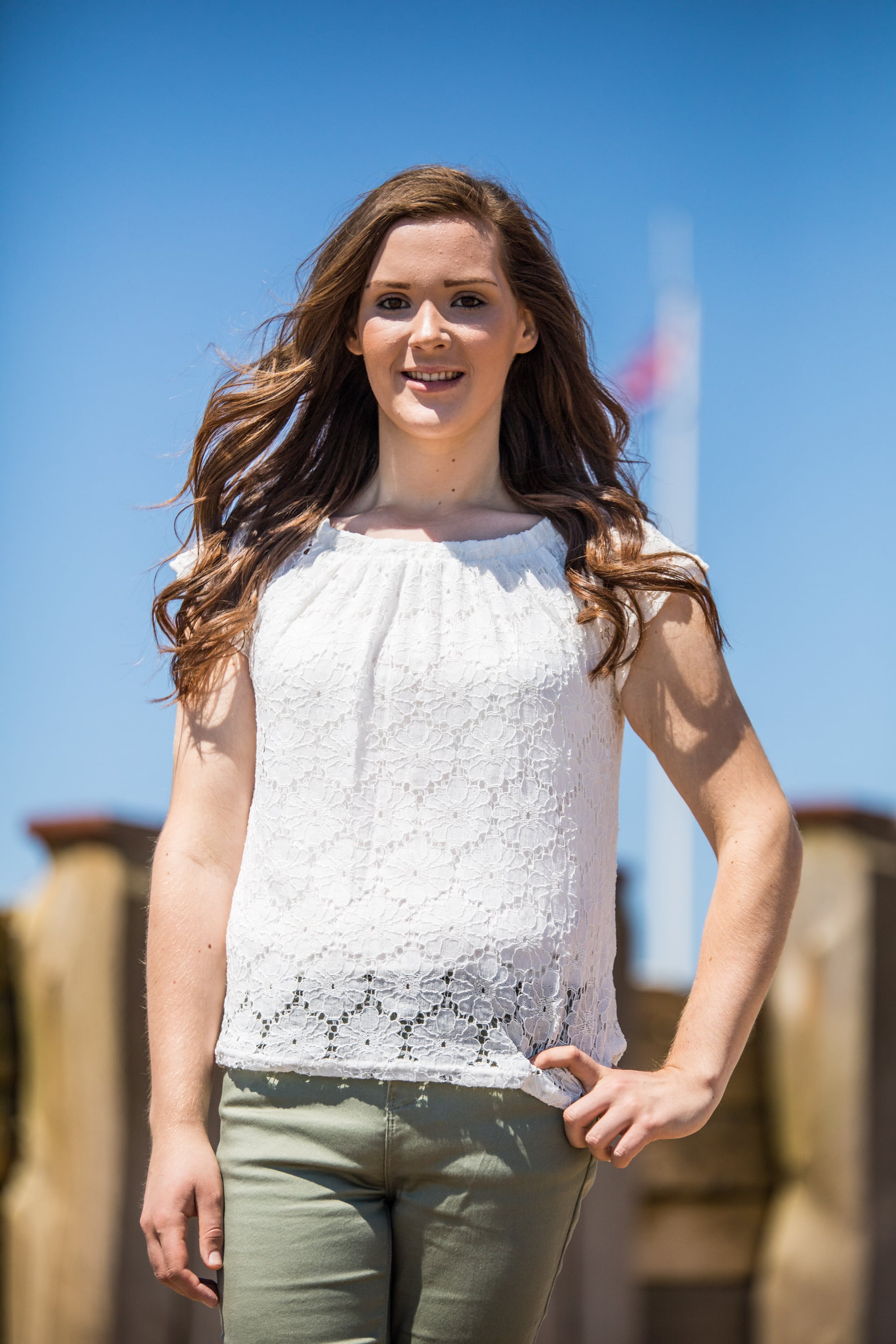 PS: How do you keep workouts exciting?

IK: I'm very lucky to live in an area that is surrounded both by beautiful countryside as well as having the beach practically on my doorstep, so finding new local walks to go on with friends really helps me get out of the house and keep active.

PS: How much weight have you lost?

PS: What was the first big difference, other than the number on the scale, that really made you feel proud and excited?

IK: Around six months after starting Slimming World, I had a follow-up appointment with the liver specialists. At this point I had lost around 30 pounds, but I was told that my liver condition had already begun improving and this simply gave me the boost I needed to continue on in my journey.

PS: How do you track your weight loss?

IK: I weigh in each and every week, as well as attend my Slimming World group. I find the group support that you receive hugely important. Being able to discuss and share recipe ideas with other people who are in the same situation as you helps keep the journey exciting, and at times that you may be finding staying on track difficult, there is always someone there to help lift your spirits.

Related:
This Is What It Looks Like to Lose 30 Pounds in 4 Months

PS: What's a typical day of meals and snacks?

IK: Breakfast: poached eggs and baked beans with grilled mushrooms and tomatoes on whole-wheat toast. Midmorning: some fruit like a banana or apple. Lunch: a baked potato filled with tuna and sweet corn and a big side salad. Midafternoon: A fat-free yogurt and some strawberries. Dinner: fajita rice bowl with salad. Evening: Oreo ice cream sandwich or a snack-size chocolate bar.

PS: Do you count calories? What's the range of calories you eat per day?

IK: No, I did try this before starting Slimming World, but I personally became too focused on the numbers and it really seemed to take away the enjoyment of both cooking and eating. I simply eat until I feel satisfied, filling up on "Free Foods" such as fruit and vegetables, lean meat, pasta, and rice.

Izzie: Before and After 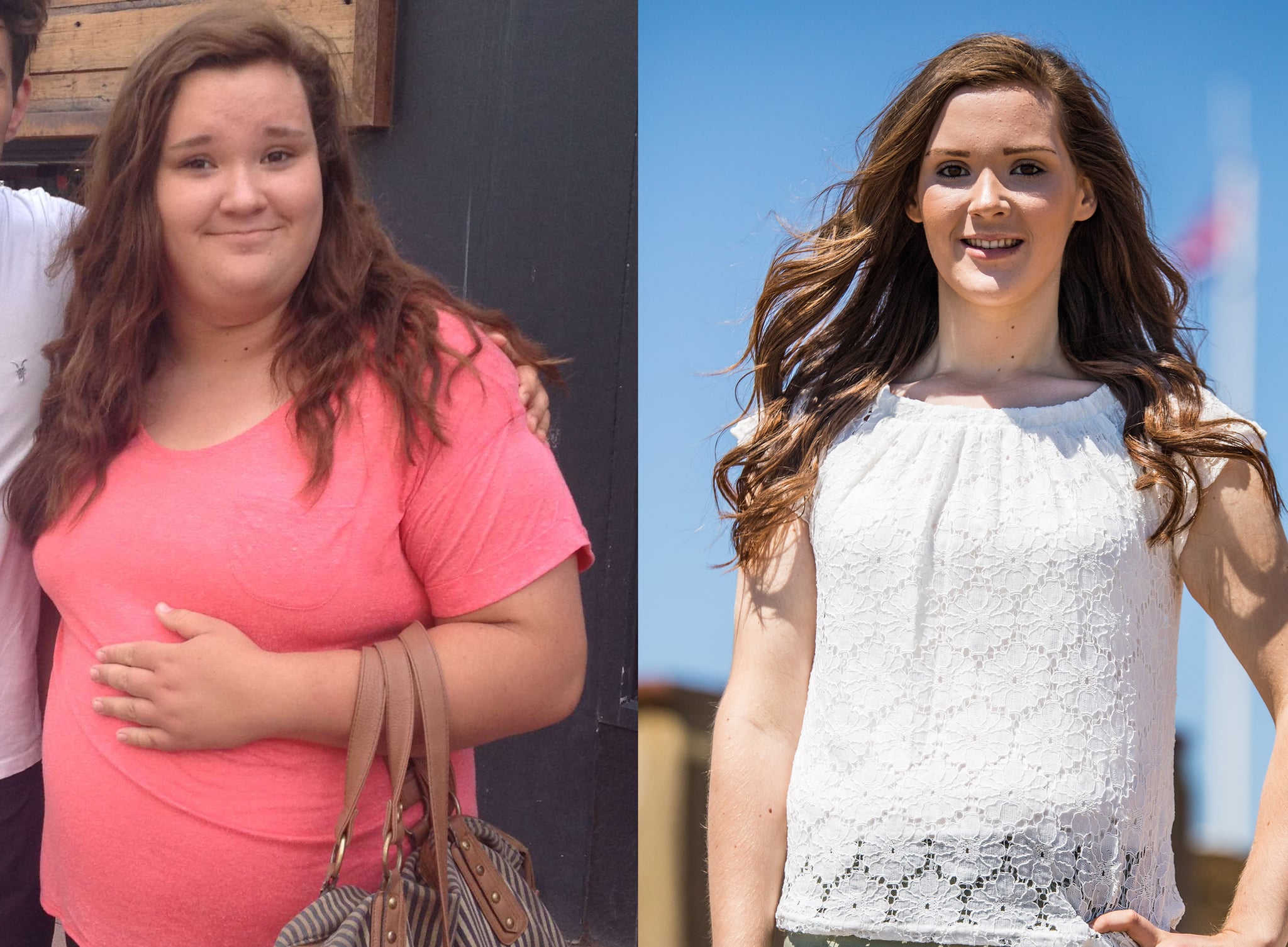 PS: What are the healthy staples that are always in your fridge?

IK: It's so important to me that my fridge is always filled with fresh fruit and vegetables, as when life is manic, it makes it so much easier to reach in and choose something healthy!

PS: How do you strategize for meals out?

IK: I follow Slimming World's Food Optimizing plan now, and it really does allow you to still enjoy eating out. Whether that means asking for a baked potato instead of fries or cutting the fat from a steak before eating it, I never feel stuck when it comes to dining out with friends or family as there is always a good choice to be made.

"I truly feel that you can do anything you put your mind to, and there is a whole community of people waiting to support you every step of the way."

PS: Do you use a fitness tracker?

IK: I only really use the step counter on my iPhone, which has really helped to illustrate to me the difference in activity levels before and after my weight loss. At my biggest, my average step count was around 1,500 and it's now usually well over 10,000 per day! I now look forward to exercise, whereas before absolutely any kind of movement was so tough.

Related:
Jennifer Lost Half Her Weight (135 Pounds!) With a Little Help From Beyoncé

PS: What role did Slimming World play in your journey? Would you recommend it?

IK: The support and love that I have received from everyone at Slimming World has really been crucial to my journey and I honestly believe I wouldn't be where I am today without having joined. I'd love to try and reach out to other young people who are perhaps in a similar position to myself at the beginning, as I remember being there and feeling so lonely. It doesn't have to feel like that; there are so many people just waiting to welcome you and support you along the way. I have real friendships that I have made through Slimming World, and I look forward to catching up with them all each week for weigh-in!

PS: What advice do you have for anyone starting out on a weight-loss journey?

IK: I remember standing where you are now. It feels like there is no hope and that the whole world is against you. All I can say is that I hope you can find belief in yourself because I truly feel that you can do anything you put your mind to, and there is a whole community of people waiting to support you every step of the way.

Healthy Living
If You Want to Eat Potatoes, Rice, and Pasta to Lose Weight, the Starch Solution Is Your Answer
by Jenny Sugar 3 days ago

Weight Loss
After Struggling With Addiction, Getting Active and Eating Healthier Helped Erin Stay Sober
by Samantha Brodsky 3 weeks ago

Weight Loss
If You Want to Lose Weight, Trainers Recommend These 8 No-Equipment Exercises
by Maggie Ryan 2 weeks ago

Workouts
Want to Lose Weight Running? Experts Explain How to Achieve Your Goals Faster (and Safely)
by Lesley Chen 4 days ago

Weight Loss
This Dietitian Wants to Tell Every Freshman: Don't Worry About the "Freshman 15!"
by Jenny Sugar 9/08