Real weight loss takes time, and our friends at Shape show us that it's time well spent. 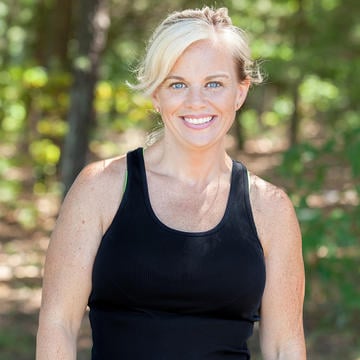 I love running at night. I first started doing it in high school, and nothing has ever made me feel so free and powerful. At the beginning, it came pretty naturally to me. As a kid, I excelled at sports that required footwork — running, soccer, and dancing were my favorite ways to move. But despite being so active, there was one thing that didn't come very easily for me: my weight. I never had what some would call a "runner's body," and even as a teen, I struggled with the scale. I was short, stocky, and painfully self-conscious.

I was on the track team, and practice was making my knees ache, so one day I visited the school trainer for help. She told my knee problems would be solved if I just lost 15 pounds. Little did she know, I was already living on a starvation diet of 500 calories a day just to maintain my weight. Mortified and discouraged, I quit the team the next day.

It wasn't until 2011 when I got married and had children of my own that I started thinking about running again. The difference this time was that it had nothing to do with a number on the scale and everything to do with being healthy so that I could watch my kids grow up. There was also the part of me that remembered the freedom and power that came from a strong body, and who wanted to prove to myself that I could do it — again.

The only problem: I was a size 22 and not exactly in peak running condition. But I wasn't going to let my weight hold me back from doing something I loved. So I bought a pair of running shoes, laced them up, and headed out the door.

Running when you're heavier isn't easy. I got heel spurs and shin splints. My old knee pain came right back, but instead of quitting, I'd take a quick rest and get back out there. Whether it was just a couple of steps or a couple of miles, I ran every night at sunset, Monday through Friday. Running became more than just a workout, it became my "me time". As soon as the music was on and my feet took off, I had time to reflect, to think, and to recharge. I started to feel once again the freedom that comes from running, and I realized how much I'd missed it.

Let me be clear, though: Getting healthy was NOT a quick process. It didn't happen overnight or within a month or two. I focused on small goals; one at a time. Each day I went a little farther, and then I got a little faster. I took the time to research the best shoes for my feet, learn the correct way to stretch, and get educated on proper running form. All my dedication paid off as eventually one mile turned into two, two turned into three, and then roughly a year later, I ran 10 miles. I still remember that day; I cried because it had been 15 years since I'd run that far. 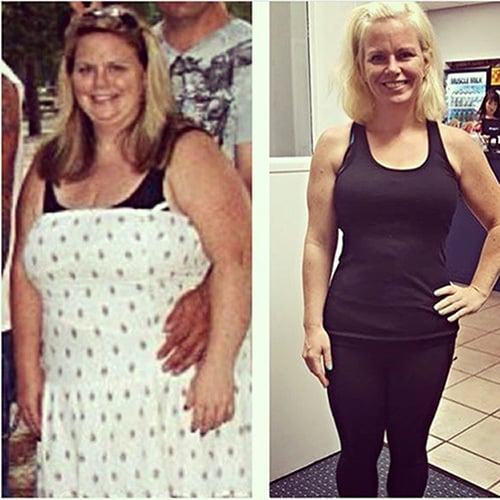 Once I'd reached that milestone, I realized that I could accomplish goals I set for myself and started looking for a bigger challenge. That week I decided to sign up for the MORE/SHAPE Women's Half Marathon in New York City. (Check out the hands-down best signs from the 2016 race.) By then, I had lost 50 pounds on my own just from running, but I knew I needed to mix it up if I wanted to continue to see progress. So I braved a long-standing fear and also joined a co-ed gym. (Even if you've never run a day in your life, you can cross that finish line.

I was unsure what I would enjoy besides running, so I tried everything — boot camp, TRX, and spinning (all of which I still love and do regularly), but not everything was a win. I learned I'm not cut out for Zumba, I giggle too much during yoga, and while I enjoyed boxing, I forgot I'm not Muhammad Ali and herniated two discs, which handed me three painful months of physical therapy. The biggest missing piece of my health puzzle, though? Weight training. I hired a trainer who taught me the basics of lifting weights. Now I weight train five days a week, which makes me feel strong and powerful in a whole new way.

It wasn't until I ran a Spartan Super race this past summer with my husband that I realized how far I've really come in my journey to lose weight, get healthy, and just be a better version of me. Not only did I finish the grueling 8.5-mile obstacle race, but I came in 38th in my group, out of more than 4,000 racers! 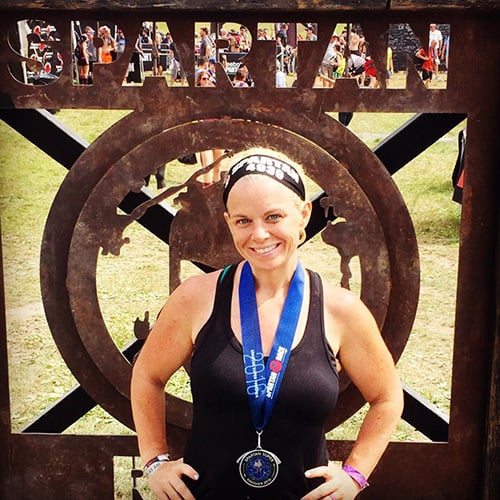 None of this was easy and none of it happened fast — it has been four years since the day I first put my running shoes back on — but I wouldn't change a thing. Now when people ask how I went from a size 22 to a size 6, I tell them I did it one step at a time. But for me it's not about a clothing size or what I look like, it's about what I can do.

Workouts
Is 30 Minutes of Cycling a Day Enough For Weight Loss? Experts Say Yes and No
by Simrin Purhar 3 days ago