My and my husband's usual weekend routine would begin by throwing on our sneakers and gym gear and heading to brunch — with no real intention of ever working out. What can I say — we readily adopted the athleisure trend without the workouts to give us any real street cred. On some occasions, I went to SoulCycle alone and came home to find my then-fiancé with his feet up on the couch (sneakers usually still on). Our wedding almost two years ago would change all that. My Saturdays were spent going to barre classes, his spent running on his own, both now consciously "shedding for the wedding." We didn't obsess, but we each had goals, and we prioritized working out. After the big day, we were reluctant to fall back into bad habits, and we had a honeymoon on the horizon for the holidays — one we'd spend mostly in swimsuits. But if you've been married, maybe you can relate: there was nothing that could motivate me like the wedding had, and promises to work out and keep each other accountable were quickly and happily broken for takeout and a movie. We were settling into married life just fine.

Then, something about the comfort started to freak me out. This is it. This is the pattern we're setting up for the rest of our lives. I started to question how we'd make health and fitness a priority for the family we might have if we couldn't seem to get it together as two young newlyweds. That was enough to scare me into finding a trainer, just in time to tone up for the honeymoon and shake up our Friday night routine.

Full disclosure: my husband and I had never worked out together. We went to the same college, sometimes overlapped in the gym, and occasionally went to the same Spin classes, but we aren't a couple with a lot of shared workout interests. I flat-out hate running and he refuses to believe barre or yoga are anything more than just "casually stretching." Regardless of how wrong he is (more on that later), there's pretty much no common ground. When we met with the trainer for the first time and shared our fitness goals (lose a little weight and tone up), he devised an hour-long circuit workout that he'd change up each time we met twice a week. There were some exercises we could do together, but then we'd break up and each focus on targeted muscle groups. I was excited, Thomas a little reluctant, but with our training dates now firmly on the calendar — and a full five sessions paid for — we were committed. And, for the first time in our postnuptial exercise, there was something to hold us accountable, and his name was Bryce.

I won't say we loved it all it once. We were sore and cranky, discovering muscles we didn't know existed. Bryce worked us hard with a variety of cruel training tactics that included, but weren't limited to, sprinting the length of the gym while pushing a weighted sled, doing a ropes battle, and using our cores to propel our bodies across the floor in a plank position. Oftentimes, we'd alternate, one doing ropes, the other pushing the sled. You'd have to do it for as long as it took the other person to finish, and it was painful, but we started to thrive on the challenge, too. The competition was fueling the workout in a totally different way. We pushed each other quietly or joked and egged each other on. Sometimes, it was us against each other; sometimes it was us against Bryce.

It was incredibly satisfying when we could actually see our bodies changing. Our moods and energy levels improved, and we slept better after every heart-pounding session. Bryce upped our weights and gave us a longer list of exercises to complete in the hour and more reps to do. We whined, but we were proud of ourselves and each other. I hadn't seen my husband like that since he played lacrosse in college, and it was kind of a turn-on to see what his body could do.

For me, who had never played collegiate sports, it started to show Thomas what I was capable of. He didn't want to admit it at first, but he was a little in awe of my flexibility and balance (that's yoga for you!). Bryce would give us what he liked to call "circus tricks," things like balancing on a ball while doing bicep curls. I amazed myself and my husband when I could do it. Thomas flew off the ball and face planted more than a couple times, but he could run sprints in double the time I could. We became each other's cheerleaders and celebrated our strengths, however phsyically different they were.

Like I said, more often it was us against Bryce — except for the times it was Bryce and me against my husband. I loved training for giving us something new to bond over, but I loved it more for how it was shaping our future habits and informing healthy choices. See, even when we weren't on track with our workouts, I strived to be a healthy advocate. I grew up eating lots of nonprocessed, organic foods, and my basic nutritional knowledge is pretty up to speed, but Thomas isn't easily swayed by my arguments for healthy eating. That was the beauty of having Bryce with me. When we'd talk diet and nutrition, there was someone else to back me up and confirm the things I'd been saying all along. Maybe Thomas wouldn't listen to me, but an unbiased, educated professional is hard to ignore — and he didn't.

The thing about training is that it stays with you. We were more open to challenges in and outside of the gym. It sounds weird, I know, but we got better at problem solving and talking things out. We were training like a team, so we felt more like a team in almost everything we did, and rooted for and comforted each other when there were big wins and bad days at the office or with family and friends.

Of course there were things we knew we wanted to get out of training, but while it may have started with leaner bodies and better swimsuit pics from the honeymoon, it certainly hasn't ended there. Our training sessions left me more inspired by and connected to my partner in a way that even a good heart-to-heart doesn't. If I'm being honest, I'm more attracted to my husband, and not just because of his newfound muscles. We relate to each other on a physical level that we just didn't have before, and there's a sense of accomplishment and mutual admiration for the things our bodies can do. I take that with me, along with the circuit workouts and healthy-eating tips we now each have memorized. I take with me the joy we get from sweating it out together and how much sweeter it is to crash on the couch and order in takeout when you've worked for it. 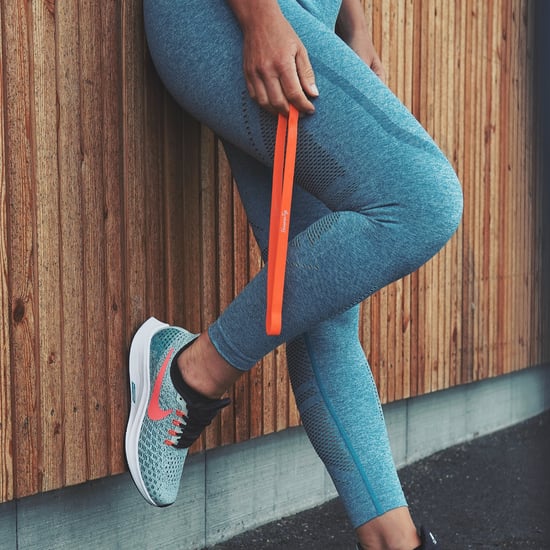 Fitness Gear
Exactly How to Clean Your Resistance Bands, According to a Trainer
by Simrin Purhar 5 hours ago 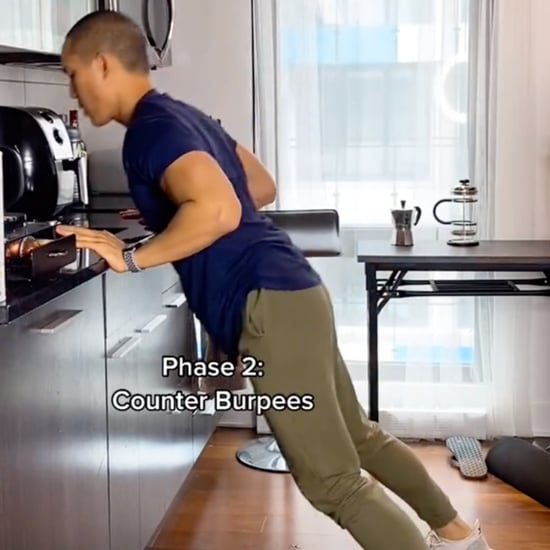 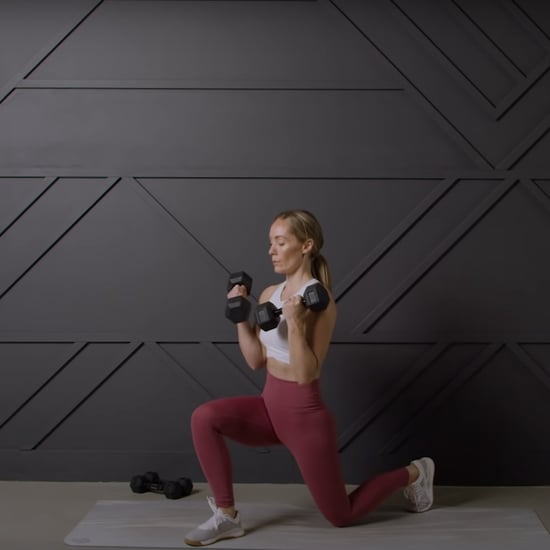 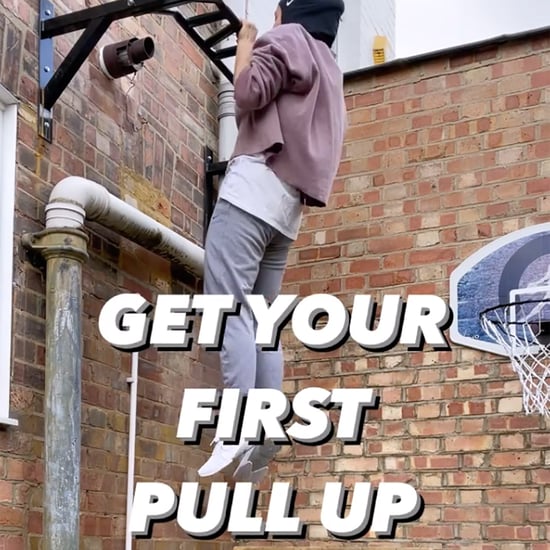 Workouts
If You've Always Wanted to Master Your First Pull-Up, These 5 Drills Will Make It Happen
by Jenny Sugar 1 day ago