I've struggled with lactose intolerance for most of my adult years. As much as I loved eating grilled cheese sandwiches and ice cream as a kid, I couldn't keep that up after I entered my 20s because the consequences weren't pretty. When I switched over to the vegan diet, I experienced so many positive benefits and felt better than ever, so I didn't miss much about my previous diet.

For some reason, though, I've been craving cheese lately. I just miss the stringy texture when it melts and the chewy texture. There are a lot of vegan cheeses out there, and I've tried quite a few of them, but I've always had trouble finding one I like. To be honest, they usually taste like plastic to me. Well, either that or old rubber. But I've been dreaming of all these cheesy dishes, so I decided to go on another tasting spree. With grilled cheese sandwiches, nachos, and enchiladas in mind, I went searching for a cheddar cheese to elevate my vegan dinners.

Allow me to introduce you to New Cheddar Cutting Board Shreds by Daiya. Dairy-free, gluten-free, and soy-free, this cheese alternative is the perfect thing to eat if you're vegan or lactose intolerant . . . or just a fan of cheese, in general. The texture of this stuff is really similar to the packets of shredded cheese my mom used to get when it was taco night at our house. It's made from water, tapioca flour, non-GMO canola oil, coconut oil, pea protein, and salt, which doesn't sound like a stellar combination, but when in action, it tastes incredible.

I made a burrito bowl for my friends last weekend, and one of them had no idea it was vegan cheese until he finished the whole thing and asked what ingredients I used. Seeing how shocked he was at the fact that his entire dinner was vegan confirmed that this cheese can fool even the most loyal dairy eaters. I considered it a huge win.

Related:
I'm a Veteran Vegan, and I Can't Get Enough of These 2 Dairy-Free Halo Top Flavors

I now sprinkle this cheese on everything, from salads to casseroles to stuffed peppers. It adds an additional texture to my dishes that I love, and now I never have to lust after a grilled cheese sandwich again. 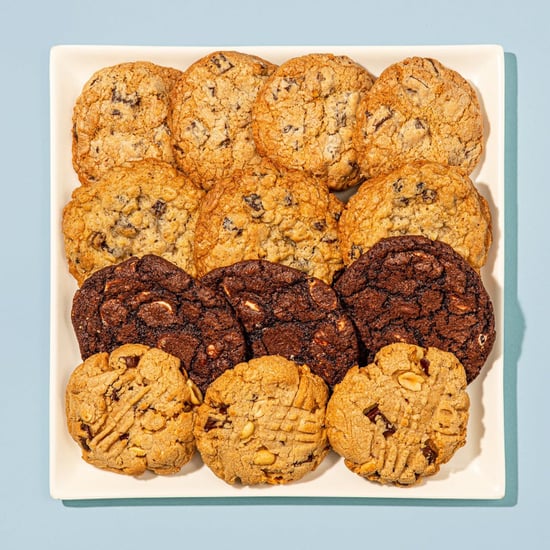 by Princess Gabbara 36 minutes ago