I've been waiting for this day for what seems like forever. After watching everyone and their mother taste all the Halo Top flavors and rave about them, I couldn't help but feel left out, a feeling I rarely ever experience as a vegan. I've struggled with a lactose intolerance for a long time, so it wasn't hard for me to nix ice cream from my diet when I went vegan. But I'd be lying if I said the green monster didn't ignite inside of me while watching people eat Halo Top.

Luckily, there is still good left in this world — Halo Top is releasing seven new dairy-free variations of their creamy, protein-rich ice cream. And I was lucky enough to try six of them.

Related:
We Got the New Flavors of Halo Top's Healthy Ice Cream (Spoiler Alert: the Cookie Dough Is Insane)

I have to start by saying that I've never liked peanut butter ice cream before. It usually feels too heavy, and I don't like the aftertaste of it. But the Peanut Butter Cup flavor has swirls of creamy peanut butter, and the vanilla ice cream base is to die for. It's got a big taste, but it's not overwhelming. Plus, the entire pint is only 320 calories!

The other flavor that brought tears to my eyes was Cinnamon Roll. I immediately fell in love with the divine chunks of cinnamony, doughy goodness. And there was the perfect hint of salt tossed in there, which balances out the sweetness. It reminds me of lazy Sunday mornings when my mom used to bake goodies as soon as I woke up. This pint is 360 calories, and, just like the Peanut Butter Cup, you get about 12 grams of protein.

The best part was that I didn't feel sick after stuffing my face with both flavors. It didn't leave a heavy feeling in my stomach, and I wasn't left in a food coma. These vegan Halo Top ice creams are made with coconut milk, so they pack a big flavor without leaving you with all the negative side effects of eating dairy.

I'll be stocking my freezer with these treats as soon as they're released. I highly recommend you do the same, no matter what your diet may be. 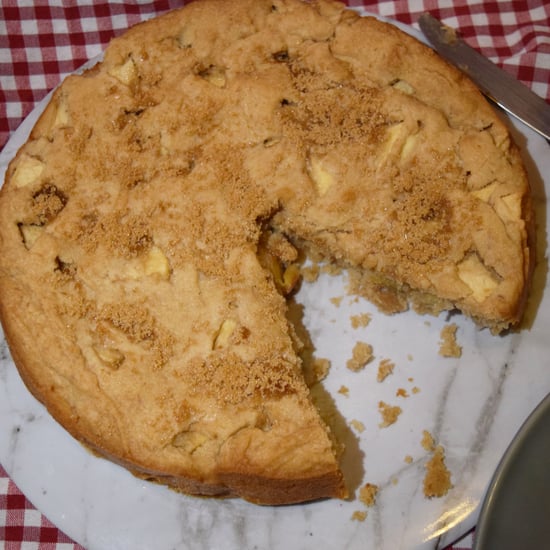 Healthy Living
Here's What the "Fittest Woman on Earth" Eats in a Day (Spoiler: It's a LOT of Carbs!)
by Jenny Sugar 13 hours ago

Healthy Living
From Pies to Muffins to Smoothies, These Vegan Pumpkin Recipes Are Packed With Protein
by Jenny Sugar 16 hours ago